And both the Wi-Fi model SM-T390 and 4G LTE model SM-T395 of the Samsung Galaxy Tab Active 2 were caught runnig Android 7.1 Nougat during the certification, so we can expect Android 7.1 at launch and that it will be ready for an Android 8.0 upgrade later on.

The other information from the official Wi-Fi body was on the 2.4 GHz and 5 GHz dual-band Wi-Fi with 802.11 a/b/g/n/ac, but we already knew that and more from the prior leaks on this rugged tablet with S Pen.

What we really need to know is the power, resolution and price. The predecessor have often been pricey, but that has also depended a little on which accessory bundle it has been bought with. 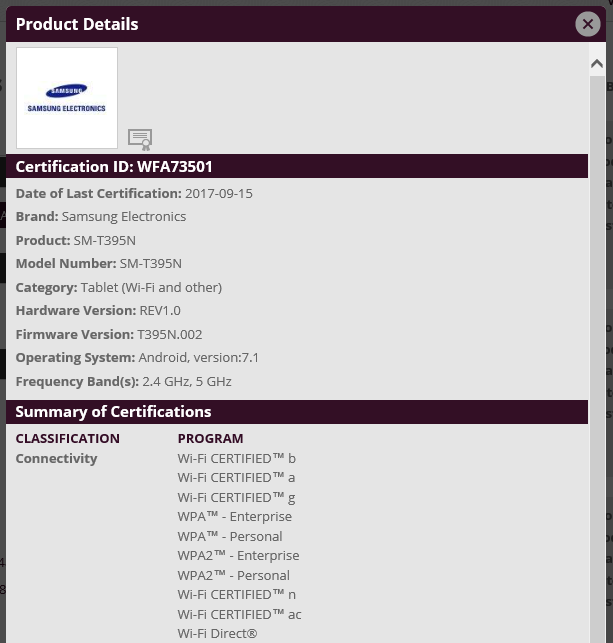