The Samsung Galaxy Tab A 8.0 4G LTE (SM-T387) has been on the list of Samsung tablet eligible for the Android 9.0 Pie update in 2019, and as a confirmation of that, it has passed the Android 9.0 approval from the Wi-Fi certification body, which makes the update official.

So to anyone in doubt that the Android 9.0 update would in fact materialize for this tablet, the OS update is definitely on its way. 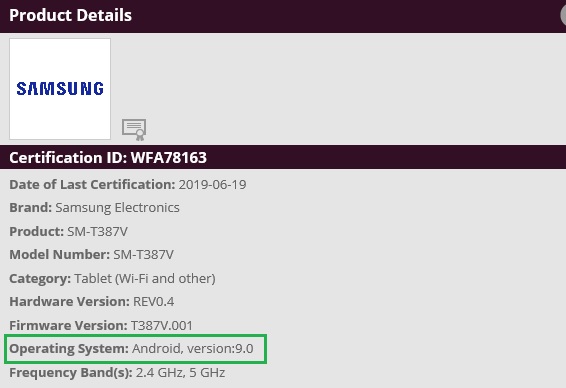