The Samsung Galaxy Tab A (2019) (SM-T290/295/297) can now be considered full approved by all regulatory bodies as the upcoming new 7-inch or 8-inch tablet even passed the Bluetooth standardization test today.

And as we were speculating earlier, Samsung will definitely lean more towards the cellular versions of this tablet than towards the Wi-Fi versions, as several cellular models have been developed at the same time, including both the SM-T295 and SM-T297 (including N/C iterations). The SM-T290 is the Wi-Fi model.

The Bluetooth version on this tablet is just plain old Bluetooth 4.2 standard. Other than that we get to see that Samsung names this tablet Samsung Galaxy Tab A.

So with a checkmark for all the approvals, the tablet should now be ready for unveiling any week now. 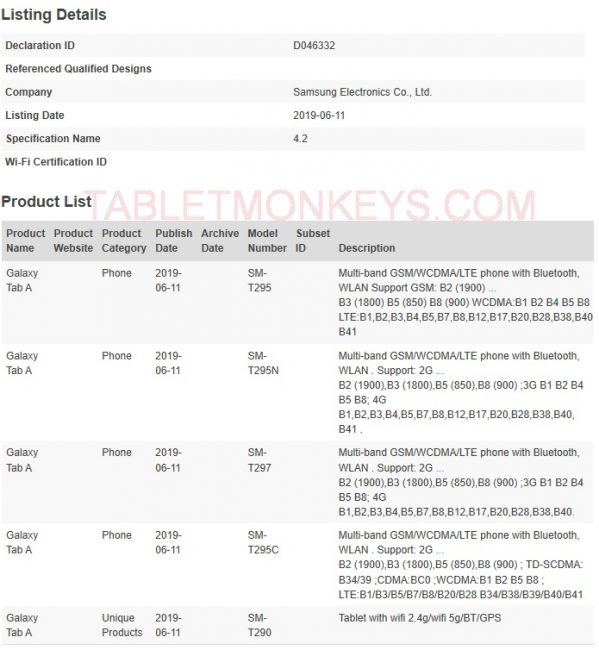