The Samsung SM-T295 tablet was approved by the joint Wi-Fi certification body today, which would normally indicate that it’s close to launch, considering that it has already been FCC approved.

I say normally, because there appears to be some anomalies with this tablet. For one it’s Wi-Fi approved without 802.11 ac cover, and it’s listed with a different firmware than we usually see on consumer tablets from Samsung.

The lack of ac Wi-Fi could be a sign that the tablet is going to be Wi-Fi approved again later, as this has happened to other Samsung tablets in the past, such as the new Samsung Galaxy View2, which definitely has Wi-Fi 5.

Of course, it could also mean what the description says, that it simply won’t feature Wi-Fi 5, though that would be strange. But at least it has dual-band cover. 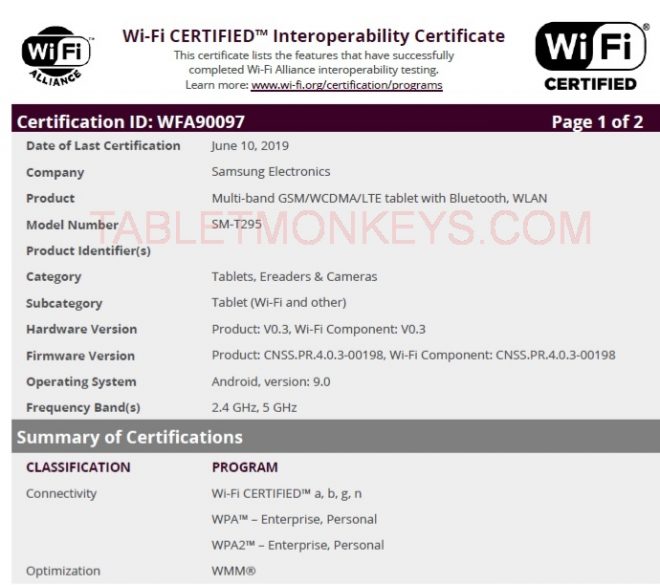