Samsung should be close to launching the Samsung Galaxy Tab A 8.0 (2017) (SM-T380 / SM-T385) now that the last remaining specs have leaked from the user manual of the tablet during last night, ahead of launch.

And the Android 7.0 Nougat tablet will feature Samsung’s Bixy personal assistant too, which works a little like other digital virtual assistants, like Siri and Cortana from Apple and Microsoft.

So, in addition to shipping with Google Play and Samsung’s portfolio of Galaxy apps, this tablet also ships with Bixby Home, but not Bixby Voice or Bixby Vision.

To begin with at least, the Bixby feature is limited to things like reminders, suggesting recommendations based on user behavior, follow news streams, preview recent photos, and simpler things like that through small Bixby cards, which are frames or windows stacked after each other vertically on the screen.

Other reconfirmations of specs includes the USB C port underneath the tablet in portrait mode, and that the tablet has a top front facing speaker, with the other speaker located underneath, to the side of the USB C port. Notable features also includes Samsung Notes and Samsung Flow. 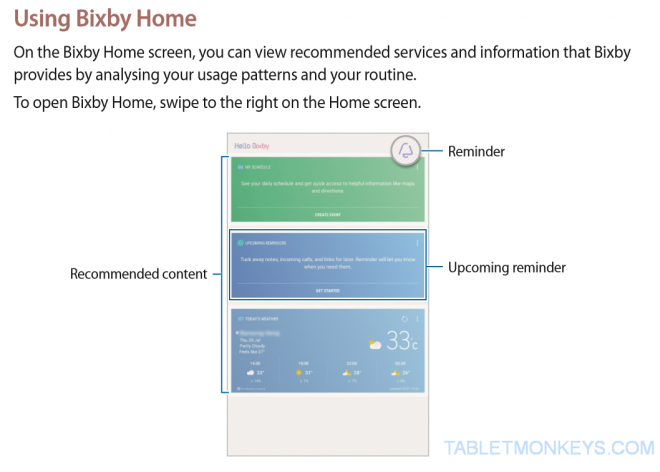 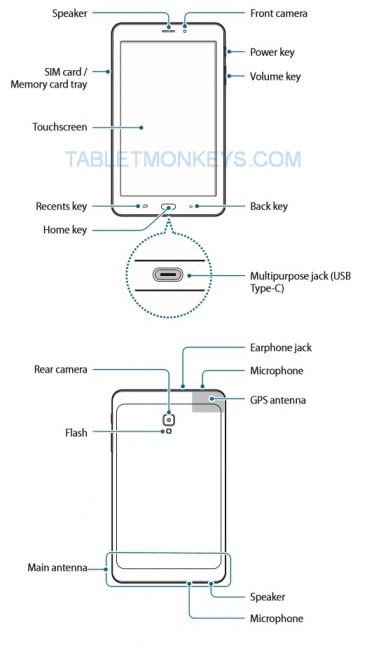