Just as we reported on the upcoming new Samsung Galaxy Tab Active yesterday, it turns out that Samsung have been working on another 8-inch Android tablet for some time too, as WinFuture found the benchmarks for the SM-T385 yesterday.

This is the first time the fundamental specs have been revealed, after the Samsung SM-T380 and Samsung SM-T385 have been found Wi-Fi and Bluetooth certified lately, but without the name or main hardware disclosed.

Samsung’s upcoming new 8-inch tablet is also equipped with a 5MP front camera and a 8MP rear camera, based on the benchmark leaks.

From prior leaks it has been confirmed to have dual-band 802.11 a/b/g/n Wi-Fi, but no ac cover, indicating that this is still a tablet on the budget side of the spectrum.

It was benchmarked as far back as March to April 2017, so given the timing of the latest official certifications, Samsung’s 8-inch SM-T380 and SM-T385 tablets might come onto the market during the summer, between July or August. 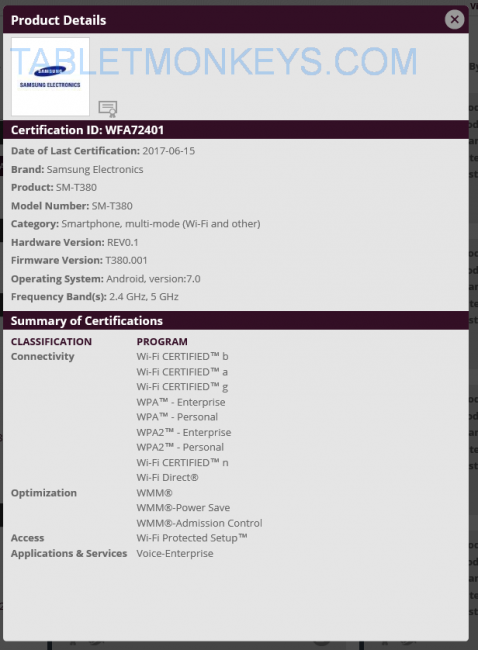