Samsung unveiled the Samsung Galaxy Tab 4 7.0 earlier in April, but they didn’t officially announce the May 1 release date before today. The 8GB Wi-Fi model costs $199, and you can order it right now: http://www.amazon.com/Samsung-Galaxy-Tab-7

UPDATE: TigerDirect have a launch sale on this tablet, where the price is $184.99

when used with the coupon code UVN125560 during checkout. The release sale lasts until May 7.

So wow, how time flies now that this is actually the 4th generation of the 7-inch Android tablet Samsung Galaxy Tab 7.0. And while I like this tablet, there’s absolutely no denying that this tablet is fighting in a weight class where there’s a lot of tablets that packs a punch.

I expect that the one thing that will be complained about the most from people who have absolutely no desire to buy it, is the lack of a high-resolution display, like the 1920 x 1200 Full HD resolution found on the 7-inch Kings Amazon Kindle Fire HDX 7 and Google Nexus 7 FHD. But those tablets cost 15% more with their MSRP of $229. 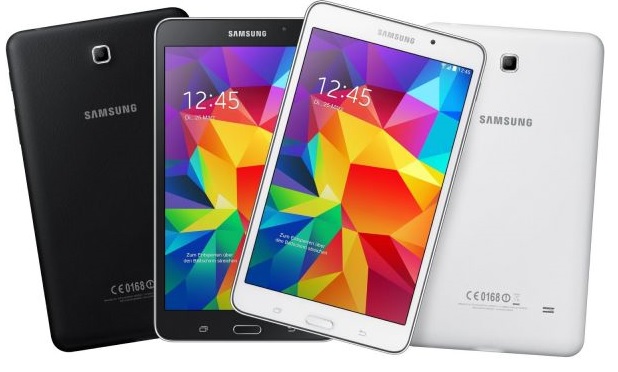 But it’s still a legitimate complaint since the 7-inch Samsung Galaxy Tab 4 7.0 have a HD resolution of 1280 x 800 pixels. So that’s the one thing about this tablet that, if it had been given a Full HD display, it would have been a great tablet. But at the same time it must be noted that the display is very crisp and sharp, so resolution isn’t the only measure when it comes to practical screen quality either.

But Samsung Galaxy Tab 4 7.0 won’t budge much in price after the release date. Even now the Tab 3 7.0 still costs $179. So in deciding if this tablet is for you, it’s a matter of what you need and how much you are willing to spend. At the moment there’s basically just the HP Slate 7 Extreme and Asus MeMO Pad HD 7 that offers almost as good specs at the same price or lower. But with both tablets being replaced the next couple of months, not everyone would like to buy an outgoing model.

So at that particular price, the Samsung Galaxy Tab 4 7.0 is in a way alone at the moment, depending on how picky you are about the price categories.

The 7-inch Android 4.4 KitKat tablet Galaxy Tab 4 with multitasking will release on May 1, with options of black and white. Read more in our cover story of Samsung Galaxy Tab 4 7.0, with more images, specs, and comparisons. 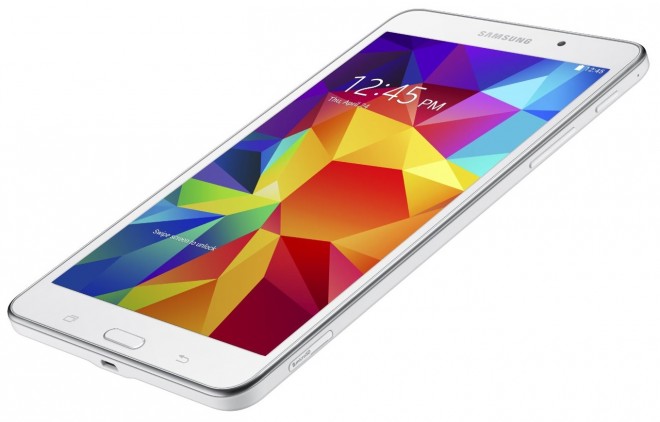 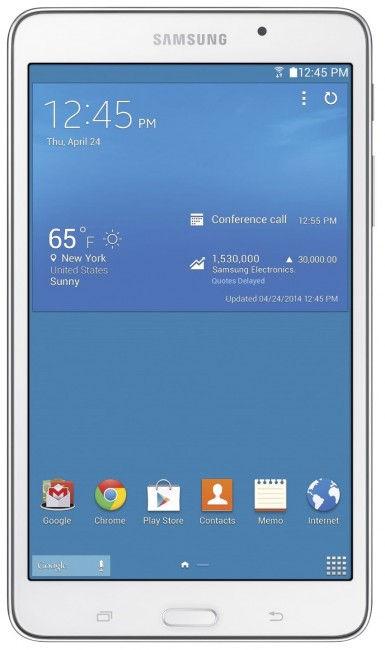