These tablets will have 10.1-inch displays with a 1280 x 800 resolution, and run Android 4.4 Kitkat. They’ll be powered by a 1.2GHz quad-core processor, and have 1.5GB RAM.
A few days after we first published this article, we spotted it in a benchmark test running a quad-core Qualcomm Snapdragon 400 processor at 1.2GHz together with a Adreno 305 GPU. 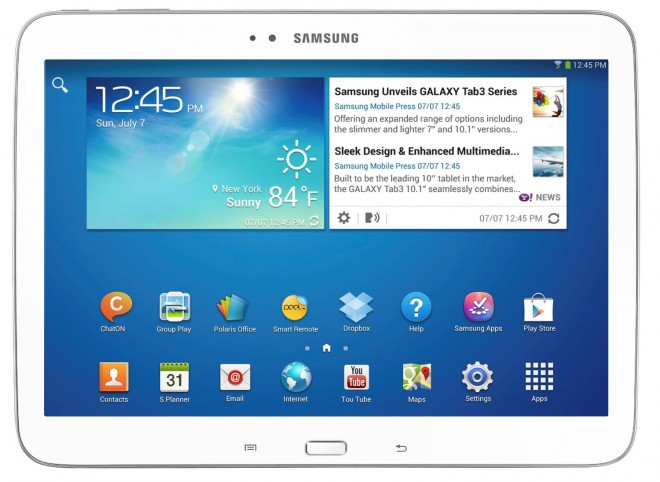 Samsung Galaxy Tab 10.1 now. Design expected to carry over to next model too.

Some bundled in features and apps may be new though, such as Samsung Hub Service, Hancom Office, E-Meeting, WebEX, and Remote PC.

We’re expecting to see an official unveiling of Samsung Galaxy Tab 4 10.1 in early June, with the launch trailing just a few weeks behind. The entry level price for the 16GB model should be $399.