And in an attempt achieve this they will launch a Galaxy Tab for Education “special edition” of the otherwise regular Samsung Galaxy Tab 3 10.1 tablet.

There isn’t really much else to it than an integration with “Google Play for Education”, Google’s store for K-12 schools. This means that teachers can make purchases and deliver content to students tablets. In addition, these tablets will also get NFC so teachers can set up and control their students tablets in the classroom. 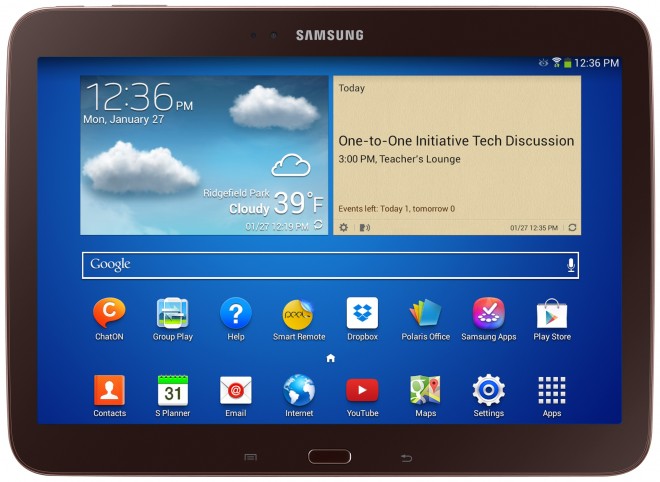 Samsung is launching this tablet in April, aimed at the 2014-2015 academic year market, and it will run Android 4.4.

From before, Samsung have been working with Kno to integrate their tablets with the education market. A relationship that was increased in particular when Samsung launched the first Samsung Galaxy Note tablet, which quickly became a popular tablet for students.