An unknown Samsung machine running Windows 10 was benchmarked twice on July 17 and 18, revealing at least some of the specs for this mystery computer.

It is labelled Samsung Galaxy Space in the Geekbench 4 benchmark test, where it’s benchmarked with single-core scores of 1991-2011 and multi-core scores of 6206-6047, where the leaked hardware was an 8-core processor running at a frequency of 2.84 GHz, with 8GB of RAM.

The benchmark was first noticed by Windows Latest who doesn’t know any more about the Samsung Galaxy Space device either.

From the BIOS it is only lightly possible to speculate that the Samsung Galaxy Space is some sort of new Samsung Galaxy Book 2019-2020, but we don’t know yet, especially with 32-bit Windows. It has only been suggested once by a rumor so far that a Samsung Galaxy Book3 is in the making, but then too without any specs leaking.

But if the leak is legit, then it is labeled for the Galaxy family of more or less mobile products. The curious thing is of course the Space in the name. Space and Galaxy naturally goes well together, but what does it say about its size? Is it a Surface Go rival to succeed the Samsung Galaxy Book 10.6?

So now it looks like there could be more tablets due for unveiling during Samsung’s Galaxy Unpacked event on August 7 than just the Samsung Galaxy Tab S6. 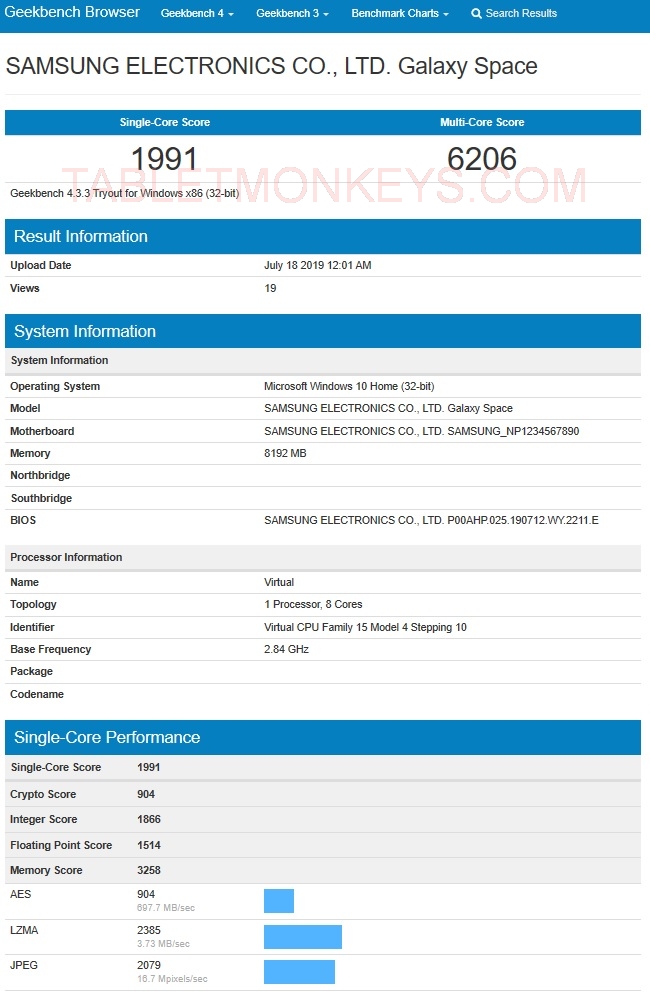