Now that we are close to Samsung’s Galaxy event next week on April 28, we’ll take a look at the benchmarks for one of these new Windows devices, which is the Galaxy Book that originally started out as a 2-in-1 tablet.

Which is obviously the new Samsung Galaxy Book Go, the latest evolution of Samsung’s compact Windows on ARM laptops.

The Samsung Galaxy Book Go has already leaked as a 14-inch Full HD Windows 10 notebook, powered by Qualcomm 7c and 8cx processors, with 4GB or 8GB LPDDR4x RAM, and 128GB or 256GB UFS storage. It has also been certified with dual-band Wi-Fi 5 and Bluetooth 5.1.

Based on our photo leak of the Galaxy Book Go underneath, it’s indicated by the model number at least that there may be a Samsung Galaxy Book Go 5G version too. 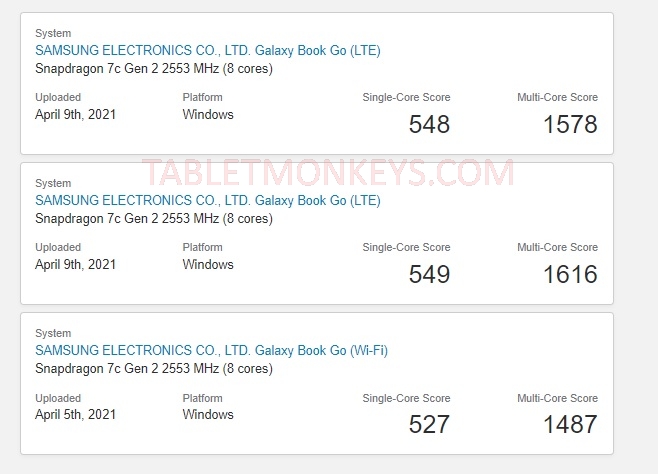 Some of the stores that typically can’t be bothered to uphold the embargo date for coming devices, have already listed the Wi-Fi model as starting at $349.

While that price can’t be verified yet, the Samsung Galaxy Book Go benchmarks makes the price seem within reach though, since the benchmark scores are on the low side. In Geekbench 5, both the Wi-Fi model and the LTE model has achieved single-core scores from 527 to 549, and multi-core scores from 1487 to 1616, all while running the same Qualcomm Snapdragon 7c processor at 2.55 GHz.

So if it’s power in a small package you’re after, then Galaxy Book Go is clearly not the particular Samsung Galaxy notebook to wait for. 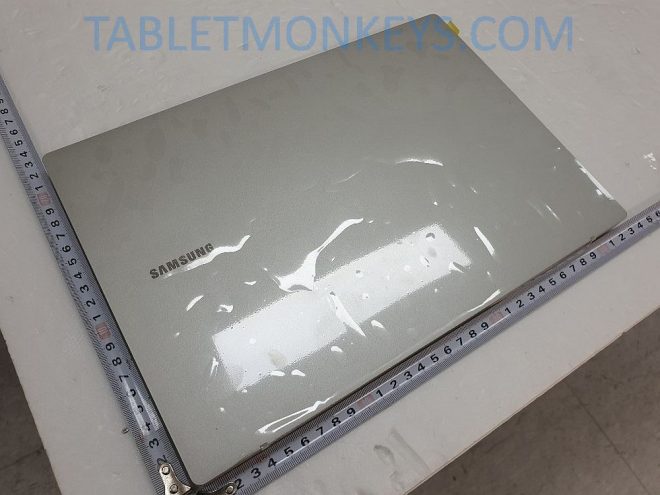 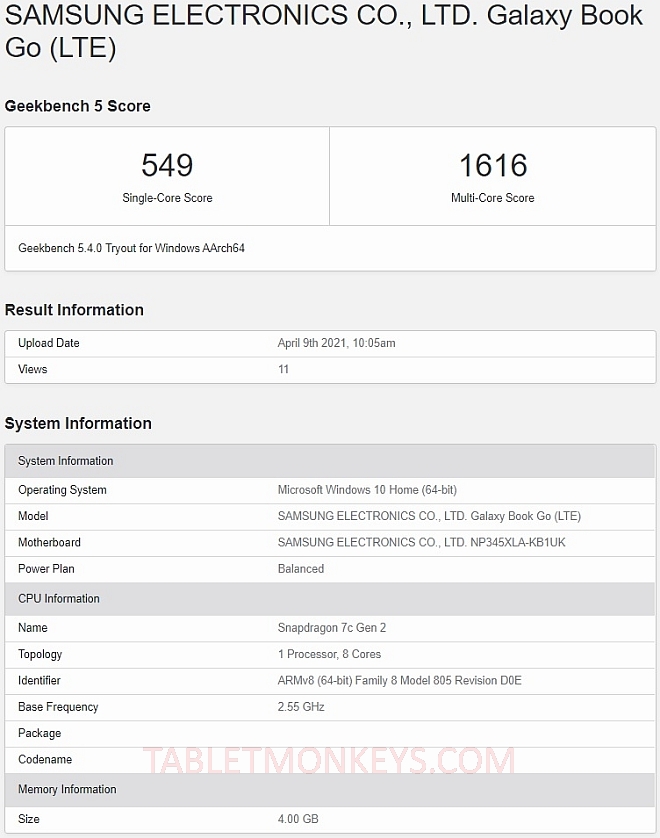