In the first leak on this notebook by Walking Cat, it was described as a 14-inch Full HD Windows 10 Home notebook, powered by newly designed Qualcomm 7c and 8cx chipsets, and the usual 4GB or 8GB LPDDR4x RAM, and 128GB or 256GB UFS storage.

4 model variations of the Samsung Galaxy Book Go have been Bluetooth certified so far, with Bluetooth 5.1.

Windows on ARM tablets and notebooks still haven’t caught on, despite the marketing efforts. On that note, Samsung has just launched a teaser for their Galaxy event on April 28th, that makes a lot of claims on power. But considering the Galaxy Book Go specs, the expectations are that the two other Samsung notebooks that will be unveiled then, the Galaxy Book Pro and the Galaxy Book Pro 360 will be the really powerful ones. 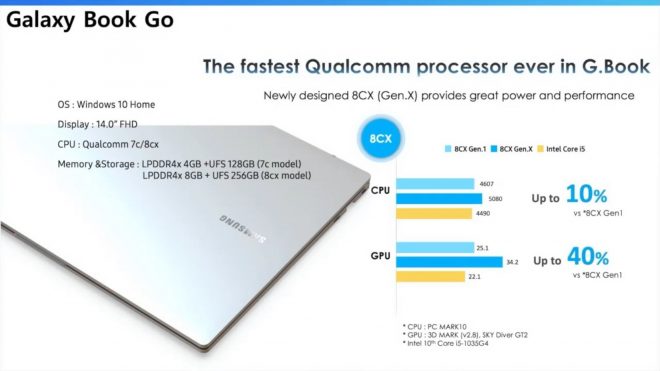