Samsung have just launched a new version of one of their bestelling Chromebooks, as the new Samsung Chromebook Pro With Backlit Keyboard (XE510C25) have just been launched in the US for $599. It’s only avilable from Samsung though: samsung.com/samsung-chromebook-pro-xe510c25-k01us/

Samsung Chromebook Pro With Backlit Keyboard is otherwise the same convertible Chromebook as before, meaning that it’s powered by a Intel Core m3 (6Y30) processor, 4GB RAM, 32GB storage, and a 12.3-inch screen with a very decent 2400 x 1600 resolution with a built-in digitizer pen and 400 nits brightness.

Not only is the keyboard backlit, but it’s spill resistant too. Other important specs includes full 2×2 Wi-Fi cover, two USB Type-C ports, 1.5W stereo speakers, a 720p webcam, and a 5140 mAh battery, good for a rated 9 hours of battery life.

At 2.40lbs or 1089 grams, the new Samsung Chromebook Pro is not terribly heavy either for a notebook, since the weight includes the attached keyboard. 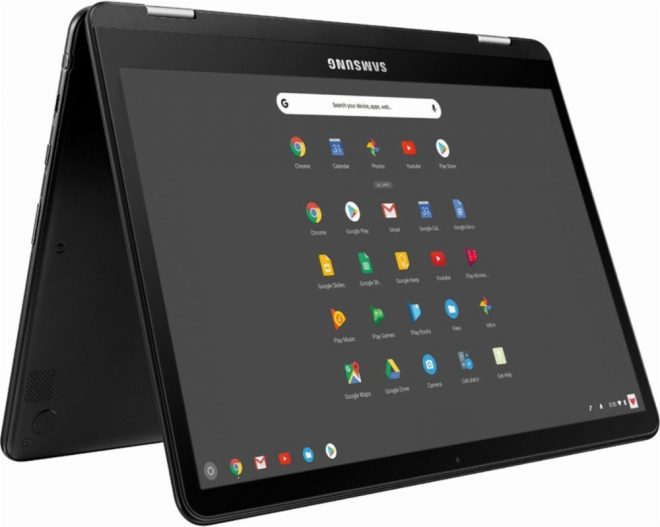