If you are looking for where to order the new Windows 8 tablet Samsung Ativ Tab 3, then Amazon is selling it

already, even before Samsung have have started selling it in their own shops. The release date is August 25 (was, according to Amazon).

(UPDATED: Samsung claims it will be officially released on September 1, and Amazon has withdrawn pre-order capabilities for the time being. Expect it to come back in pre-order around August 20.)

The new Samsung Galaxy Ativ Tab 3 looks like the Android powered Samsung Galaxy Tab 3 tablets does. Samsung figured there was no reason to change a popular tablet design.

The best things about it:
It’s the thinnest Windows 8 tablet on the market today at only 8.2 mm, and despite being a full Windows 8 tablet it’s still supposed to be affordable, it weighs 550 gram, which makes it the lightest 10.1-inch Windows 8 tablet too, it has a built in S-Pen stylus, Side Sync software (see below), microSD card expansion, microUSB, and microHDMI ports, Samsung have made their own thin keyboard cover to this tablet, it has a Windows 8 tablet class leading 10 hour battery life, and sports a decent 64GB of storage.

The worst things about it:
The 10.1-inch display only have a 1366×768 resolution which holds it back a little. The 1.8GHz Intel Atom Z2760 does not make this the most powerful tablet either, and 2GB of LPDDR2 RAM is a little on the mediocre/average side for a Windows 8 tablet – However, all the downsides are there to keep the cost down. So this could give the Samsung Ativ Tab 3 a better price eventually than the whopping $599 launch and release price.

If not, there’s an abundance of other 10.1-inch Windows tablets on the market right now (see our tablet comparison). The Asus Vivotab Smart is pretty much identical to the Ativ Tab 3, and cost $399. 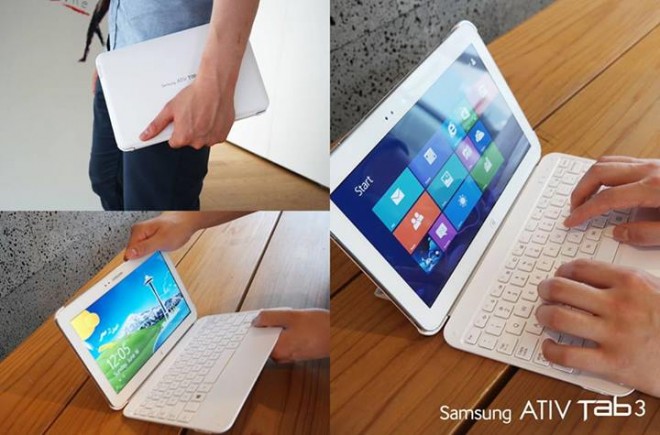 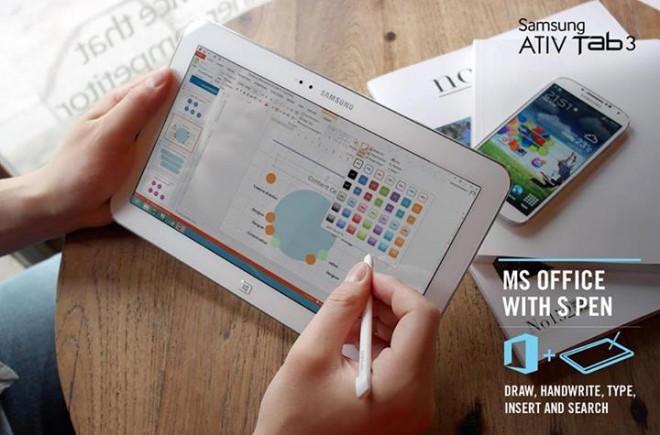