The new Raspberry tablet CutiePi has been in development since last summer. But today the Kickstarter campaign was finally launched, where the entry price for this mobile Raspberry device is currently $179.

I’m pretty sure that the funding goal of the newest Raspberry tablet in 2020 will be reached before the first day is even over, so anyone interested in the early bird deals should probably hurry.

It’s also possible to just back the project for the CutiePi board without the rest of the tablet for $89. 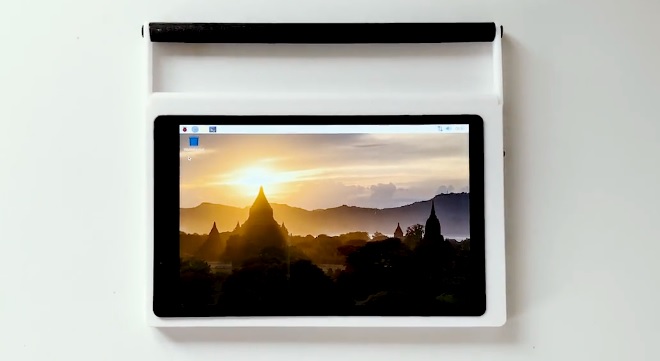 The tablet specs are a Raspberry Pi Computer Module 3+ Lite processor, with an 8-inch HD screen sporting a resolution of 1280 x 800.

The handle also doubles as a kickstand when the user folds the handle down. The actual release of this tablet is expected to take place in November.