Tablet and smartphone case manufacturer OtterBox has announced the 2nd generation uniVERSE Case System for the iPad mini 6 as well as the iPhone 13:
https://www.otterbox.com/en-us/modular-ipad-mini-6th-gen

The uniVERSE 2.0 cases feature a MIL-STD drop rating of surviving drops from up to six feet.

It also features a slotted rail hidden under a removable accent plate that makes it possible to attach tablet accessories like for instance hand straps, different kinds of card readers, scanners, professional cameras and so on without having to take off the protective case. 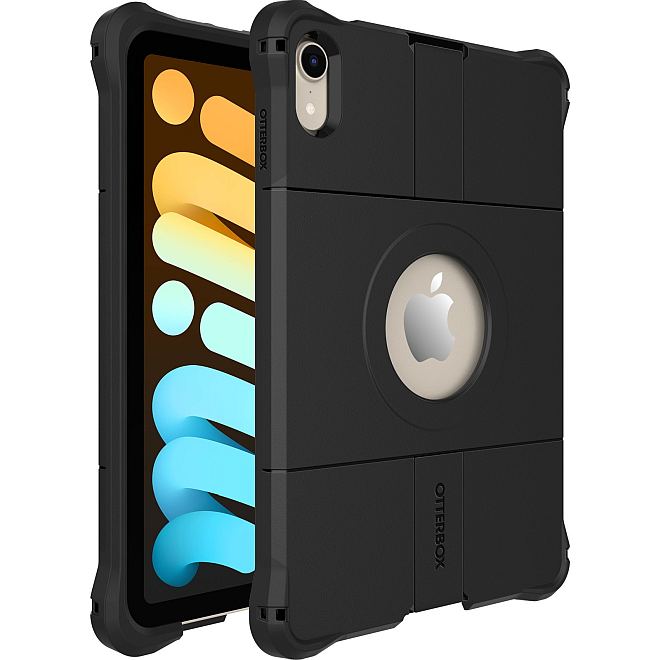 So that’s a clever way of making the most out of a rugged iPad, since rugged iPads tend to be connected to such things.

There’s lanyard attachments at each corner too, and not just one corner. So most users will appreciate that level of attention to detail on this iPad mini case.