Onda OBook 10 is about to release onto the global market soon, and for not much money either, with a price of just $189. It will start shipping in the first days of January 2016:
http://www.gearbest.com/tablet-pcs/pp_329453.html

Onda OBook 10 is a 10.1-inch Windows 10 2-in-1 tablet with Cherry Trail processor and 4GB of RAM, so it does offer a lot of bang for the bucks as far as specifications are concerned.

The Cherry Trail competitors in this class at the moment are the latest Asus Transformer Book T100HA, and the Microsoft Surface 3, now at $279 and $399 respectively. 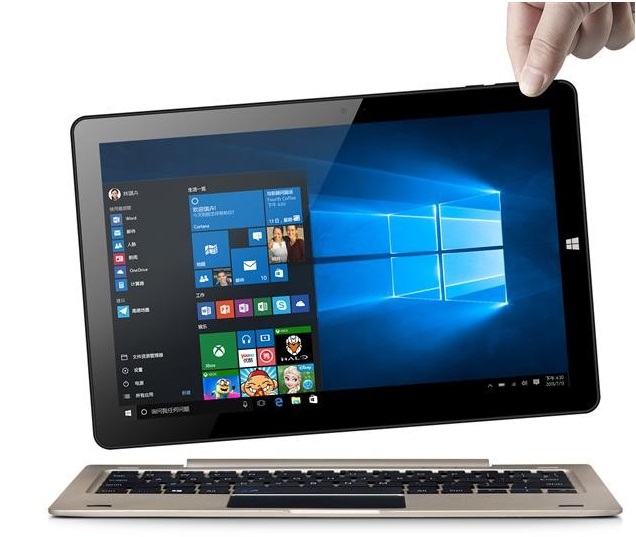 The 10.1-inch Windows 10 tablet Onda OBook 10 has HD resolution of 1280 x 800 and wide-angle IPS. The specific processor is the quad-core Intel Atom x5-Z8300 processor, which is supported by Intel HD Graphics Gen8 GPU, 4GB of DDR3L RAM and 64GB of storage too, with support for 128GB microSD cards.

It also has 4K video play support which is useful since it also has a HDMI port and USB 3.0 port.

Internet connection is established through 802.11 a/b/g/n or Bluetooth 4.0. This tablet only has a front camera at 2MP, as well as stereo speakers. But no rear camera. In addition to that, there is also a 3.5 mm audio combo jack.

The battery capacity is 6000 mAh, which isn’t too bad, though the battery life is estimated to about 6 hours.

The Onda OBook 10 has good looks, and as you can see it is not plasticy in its appearance, with champagne gold coloring even. The tablet weighs 575 grams, while the detachable keyboard weighs 525 grams. The tablet is only 8 mm thick too, all of which is very good for a budget tablet.

Like most 2-in-1 tablets in this category it has multimode positions, so you can attach the screen facing forwards or backwards and then place it in tent mode too.

Onda OBook 10 has the potential to become a bestseller once it’s released. It is by far the cheapest Windows 10 tablet with Intel Cherry Trail processor right now, so this is a tablet / 2-in-1 worth paying attention to. 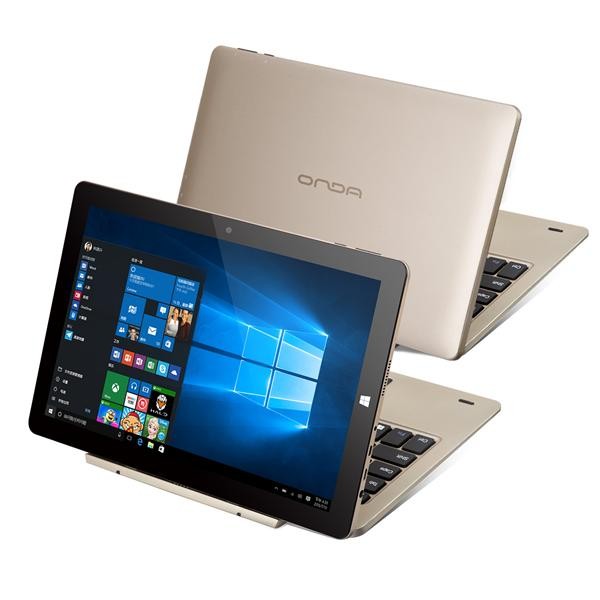 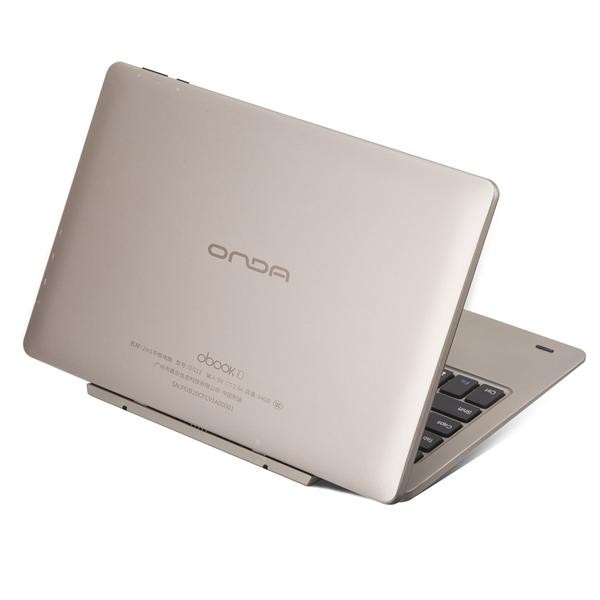 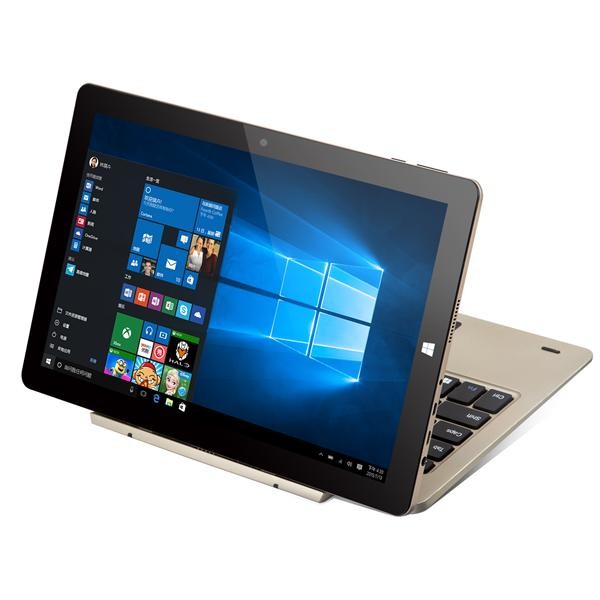 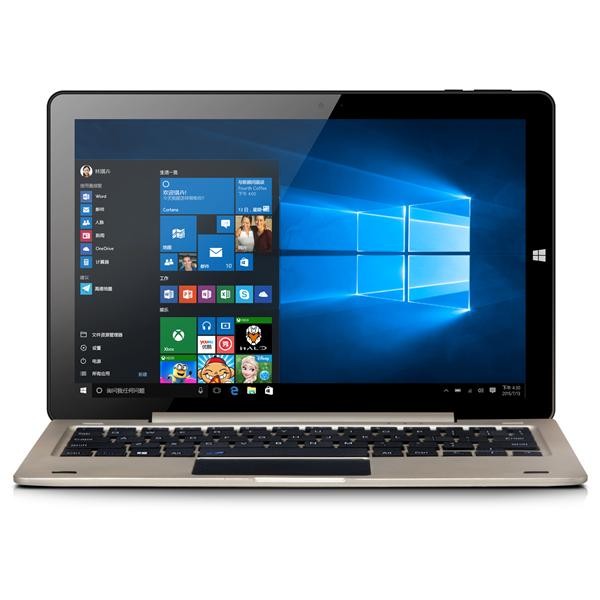 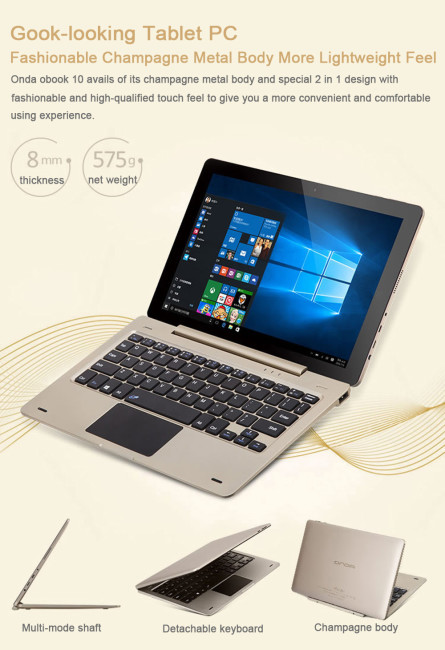