The new Asus T100HA model launched in the US today is upgraded with the newest 1.44 GHz quad-core Intel Atom x5-Z8500 “Cherry Trail” processor with 2.24 GHz burst frequency or “Turbo Speed” along with Intel HD Graphics graphics processor. But above all it has 4GB of LPDDR3 RAM (1600 MHz) now, which Asus knows people really wanted. An additional edition with 2GB RAM might be added later.

64GB eMMC of storage is also included with the model launching today, another aspect considered essential by a lot of users, although Windows 10 takes up less space than Windows 8.1 did. Models with 32GB and 128GB storage are planned too, but won’t necessarily hit the market any time soon. In addition to this storage, microSD cards up to 128GB are also supported for cheap storage expansion and quick file transfer.

The resolution of the 10.1-inch wide-angle IPS screen is 1280 x 800, giving it an aspect ratio of 16:10. The Asus Transformer Book T100HA also has 2MP front camera, and a 5MP rear camera. It also has stereo speakers and array microphones. 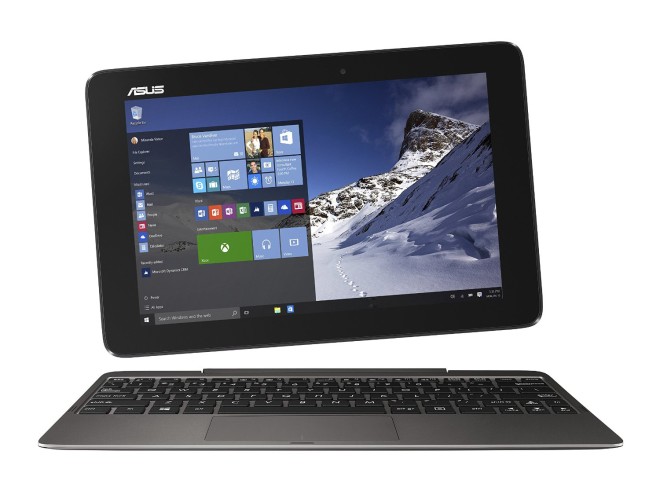 Another new feature is a USB type C port (USB 3.1 Type-C) on the Asus Transformer Book T100HA, and it’s placed on the actual tablet, on the left side of it. Other ports on the tablet are a micro USB 2.0 port, a micro-HDMI port, a 3.5 mm audio combo jack, as well as an additional full size USB 2.0 port on the keyboard.

Battery life is 12 hours long, which is very good. But the battery life of the Asus T100 tablets have always been great, so it’s good to see Asus understanding the importance of that. The actual capacity is 30 Whrs. The Wi-Fi bands supported are 802.11 a/b/g/n, as well as Bluetooth 4.0 for smartphone pairing when you need Internet on the go.

Asus plans on selling both Windows 10 Home and Windows 10 Pro versions of the Asus Transformer Book T100HA, but as we all know, to wait for all these options from retailers usually takes a long time. So for those of you who wants Windows 10 Pro running on the Asus T100HA, it’s probably quickest to do the upgrade by yourself.

Other Windows 10 features include Cortana, Office Mobile, and Continuum Mode, so it’s now wonder why people have been eagerly waiting for this tablet to finally launch after it was announced on June 1.

The new Asus Transformer Book T100HA is now 8.45 mm thick and the tablet weighs 580 grams, while the keyboard dock weighs 460 grams, so it is lighter and thinner than the models before it. It is made of aluminum, which keeps it light, dispenses heat effectively, and also makes it look elegant and fresh, all while providing proper grip for the fingers on the back of the tablet.

The Asus Transformer Book T100HA keyboard has also been improved and refined. Asus paid attention to the important key travel factor, which has now been set to a travel distance of 1.5 mm, and Asus have even provided the exact weight of the key bounce force, which is 62 grams of pressure.

Before the holidays, with some luck we could see all four color options launch which are gray, white, light blue (aqua blue), and light pink. But the Asus T100HA released today is the grey model.

Options and alternatives to the Asus Transformer Book T100HA are few, simply because the only new Windows 10 2-in-1 tablet at 10.1-inches to launch with the new Intel Atom “Cherry Trail” processor so far is the Toshiba Satellite Click 10, which costs a lot more. So for the near future, the Asus Transformer Book T100HA will reclaim the position as the best value 2-in-1 tablet with Windows on the market, which I think it deserves too since the Asus T100 model was the tablet that created and popularized this category in the first place. 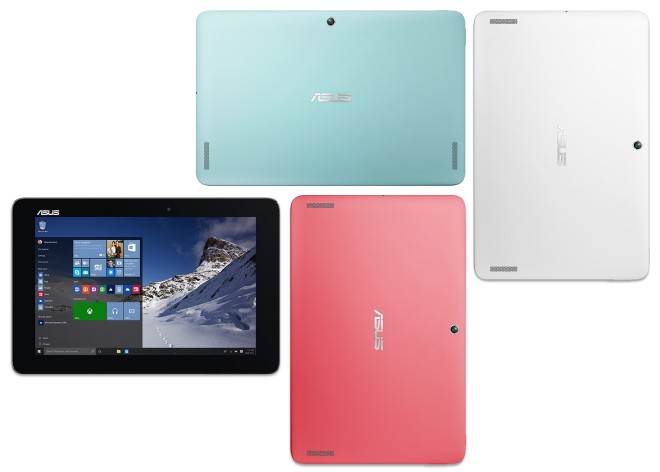 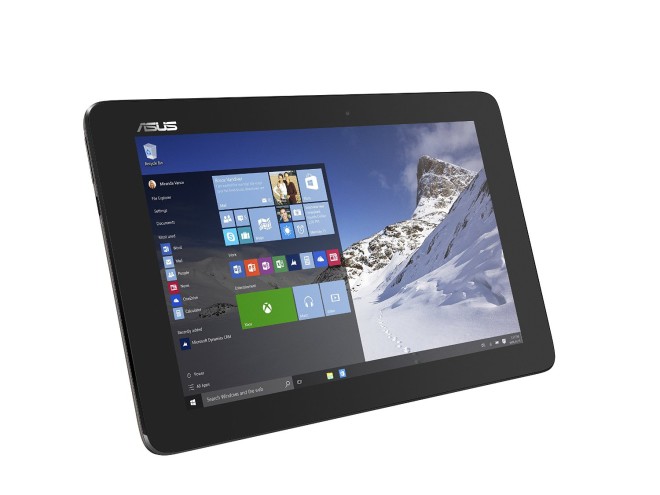 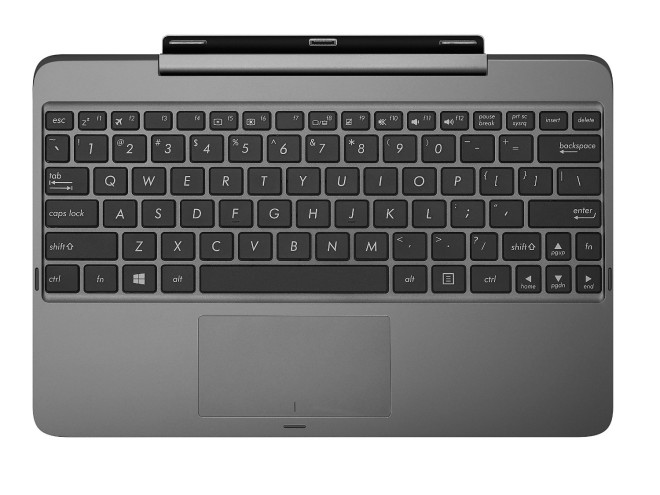 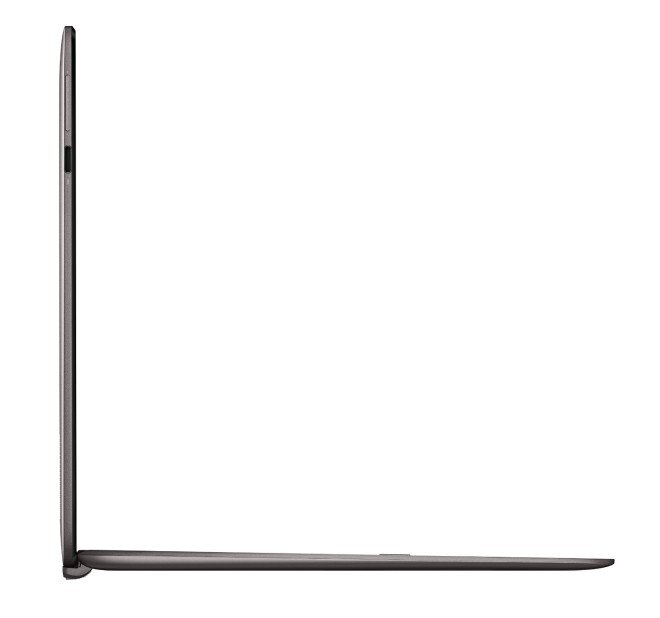 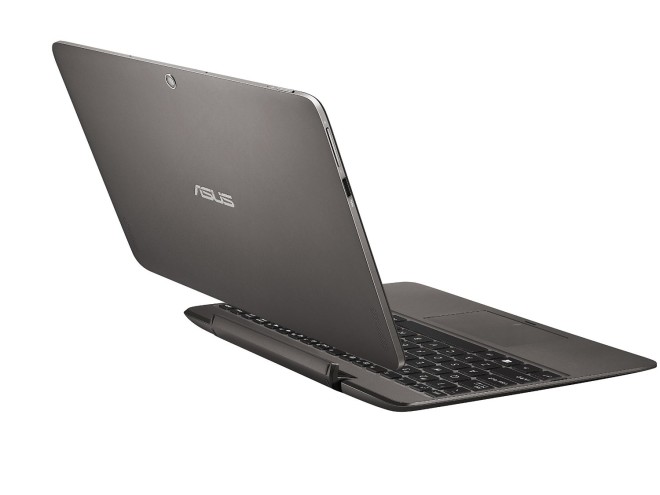 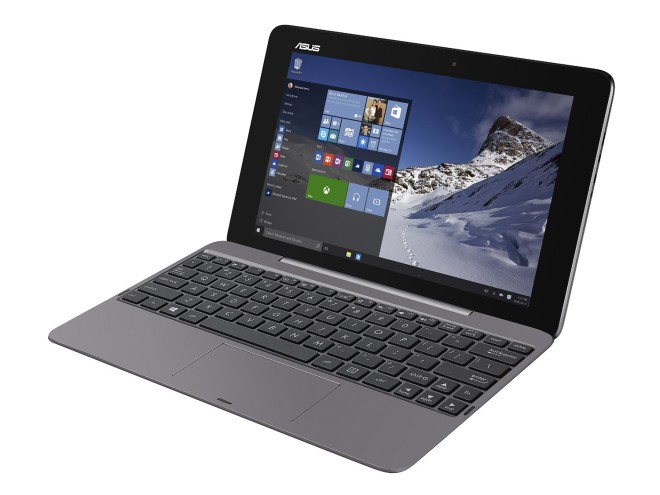