Apple has never lied about those figures, and they always include these figures in their presentations whenever they do unveil new iPads.

But after the unveiling, the benchmarks for the Apple A10X chipset became available too, and this week we have watched the brand new Apple iPad Pro 10.5 getting benchmarked repeatedly, giving us a good estimate of the average benchmark scores of the new iPad Pros.

Both of the new iPad Pros are basically identical in hardware now, they just differ in size, so the benchmarks will amount to nearly the same for both new iPad Pros. 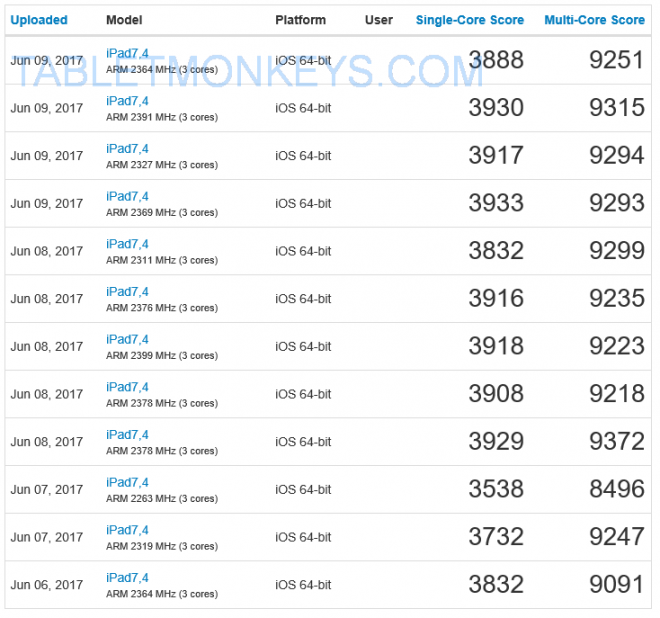 The Apple A10X Fusion chip is not like generic processors and chipsets. It is designed by Apple for just a few Apple devices, so just a few benchmark figures will only tell a partial story, but the more you study the details of the figures, the better they appear. The A10X chip features a 6-core processor with 3 performance cores + 3 efficiency cores, and a 12-core graphics processing unit that makes the graphics run smooth.

The preceding A9X chipset would achieve an average Geekbench 4 single-core score of around 3000, but the the A10X chipset now scores between 3538 and 3933, with the most common score being over 3900. At the most, the multi-core score is just over 9300.

Not that I want to compare apples and oranges, but that gives Apple’s new A10X a single-core score that is a little bit higher than an Intel Core i5-7200U processor. So all of a sudden the iPad Pro 10.5 doesn’t look very expensive.

The two new Apple iPad Pros will be released on June 16:
https://www.amazon.com/dp/B071GG9D7Q/ 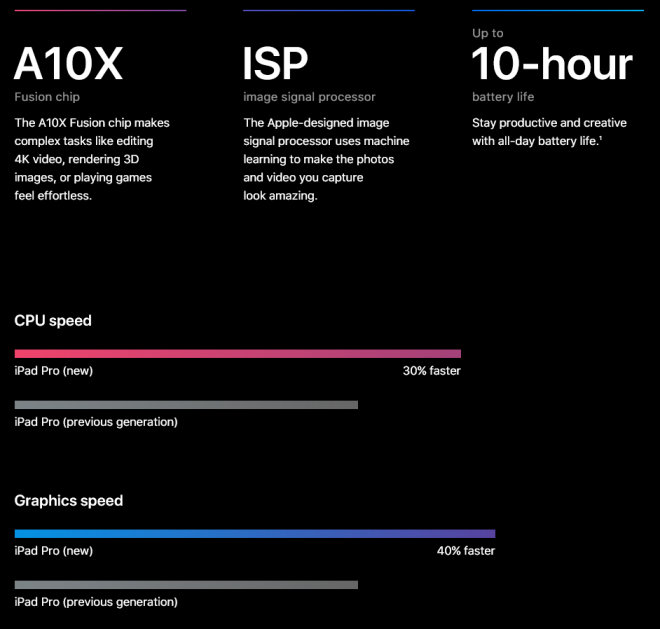