The Microsoft insight and knowledge Twitterer WalkingCat has brought forward some new clues that we can use to piece together information about upcoming hardware and software from Microsoft, some of which we may even be teased with during the upcoming Microsoft October 2 event.

It’s said that a Microsoft Surface Project S is the Surface project name for what looks like a new hardware. This immediately let some people to speculate about foldable tablets or the Microsoft dual-screen device that was rumored in June. 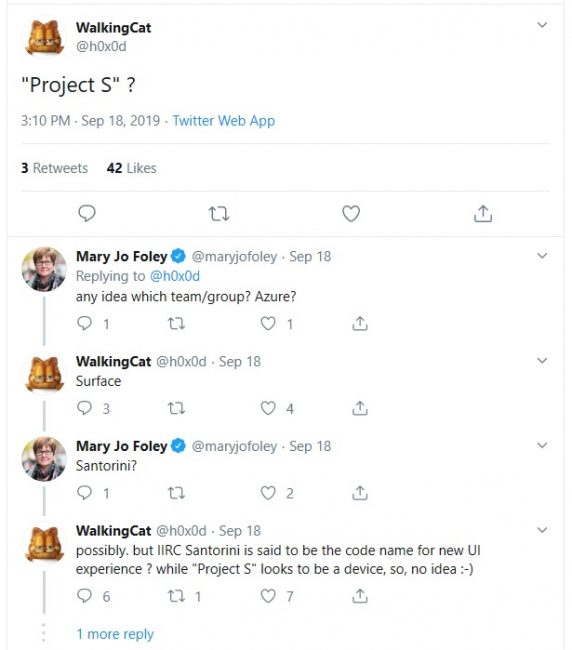 It would be positive to see Microsoft give the world a preview of their foldable/dual-screen project in October, but it’s very hard to tell if we should expect Microsoft to, with Microsoft being pretty good at preventing leaks too far ahead of announcements.

So far it has been leaks on the Surface Pro 7, Surface Laptop 3, and a new digitizer pen that was FCC approved yesterday, along with some peripherals like mouse and keyboard that has leaked up until now.