The Microsoft Surface Pro 3 pre-order kick off began just now at midnight, 12:01 AM EDT, and by the looks of it there’s been quite a lot of eager first buyers who have stayed up late this night to place their order.

Microsoft Surface Pro 3 will be released first in US and Canada on June 20, and these were the first countries where orders could be placed to buy this tablet too.

The June 20 release date is for the two variations of the Intel Core i5 models though. The other three models, with either Intel Core i3 or i7 processors, will be released at the following dates, although they are already taking pre-orders:

With a 4th generation Intel Core processor and up to 8GB of DDR3 RAM, the Surface Pro 3 is now the most powerful tablet to date, and the processor means that it’s more powerful than most laptops these days. And with up to 512GB of memory, and even a full size USB 3.0, this tablet can compete against or replace laptops, which was what the Surface team set out to accomplish.

So I’m not surprised to see the positive reception it has been given. It also helps that Microsoft’s Surface team have listened to both existing owners of Surface tablets, and journalists complaints about previous devices. As a 3rd generation Surface tablet, the Surface Pro 3 have changed many things that various Surface owners had wanted differently. Adding features where it was possible, and making the use of it more convenient for owners is a large part of what they have done.

Which means that Microsoft listens and can correct itself according to people’s real needs with CEO Satya Nadella at the helm. An increased understanding and focus on the ecosystem for tablets, as we see with the Surface Pen features and upcoming add-ons that will be released in the coming months, is a good demonstration of that sound logic.

Even NASDAQ would congratulate Microsoft on their new Surface Pro 3 yesterday. 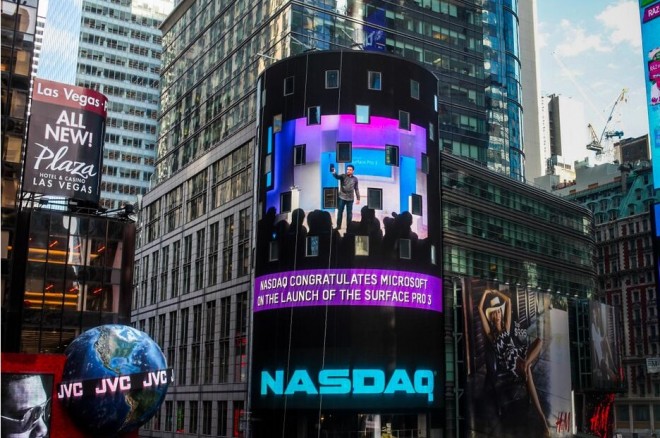 Now all that remains is for the Surface team to communicate that this is a laptop-power tablet with touch features and tablet convenience that includes digitizer optimization. Which led to Surface team chief Panos Panay inventing new expressions, like “lapability”, and otherwise release a long range of slogans and posters. And the effort seems to gain traction and understanding too.

So it will be interesting too see how much the Surface Pro 3 will increase the market share in the next two quarters, from the currently estimated 2-3% share of the tablet market the Surface has today. 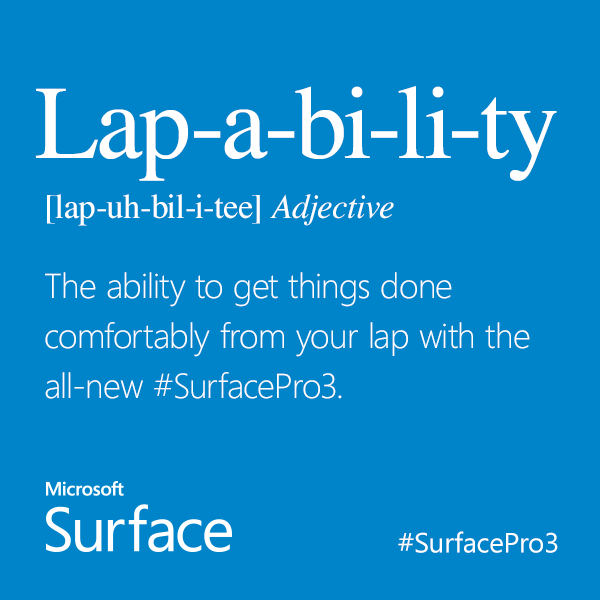 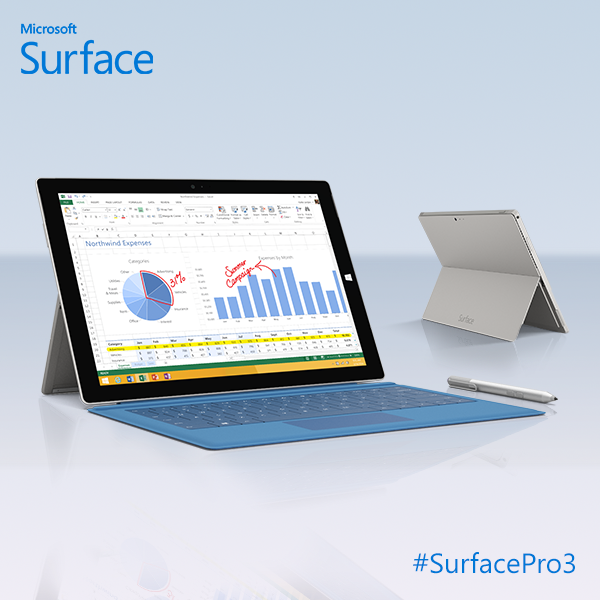 Microsoft Surface Pro 3 front and back 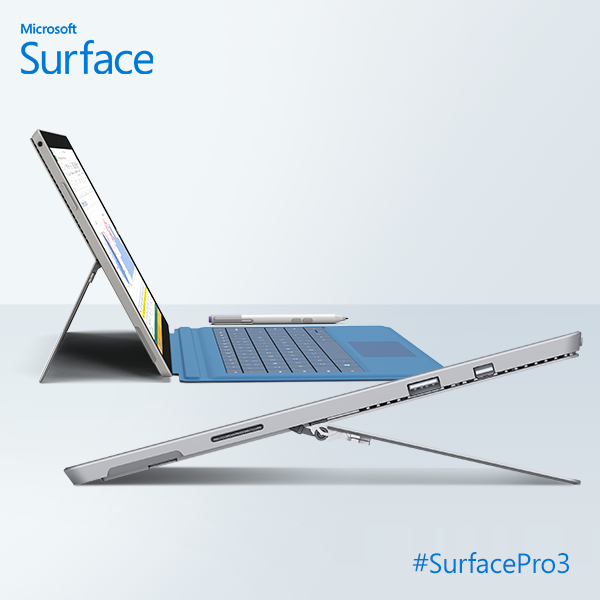 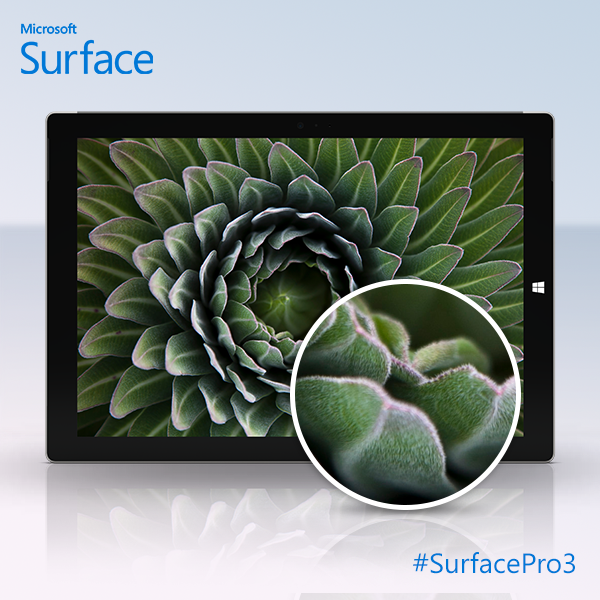 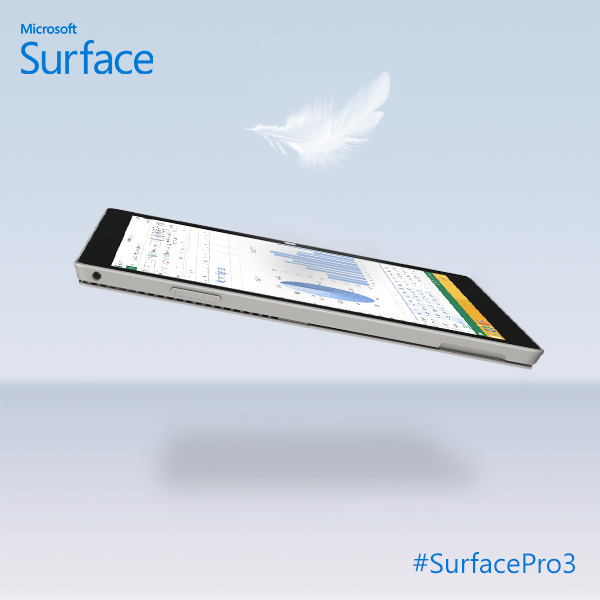 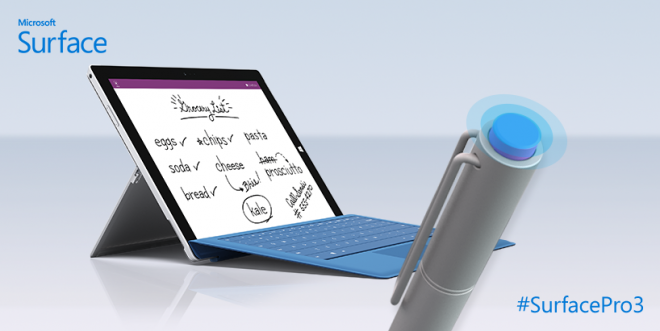 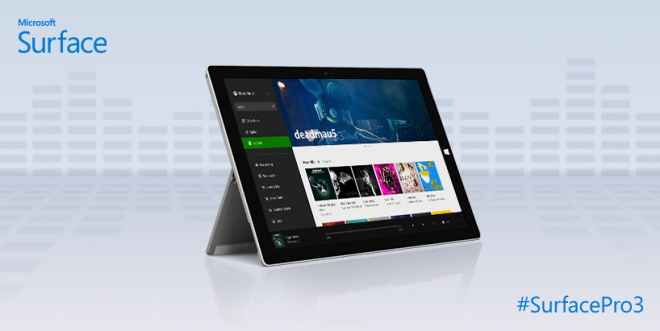 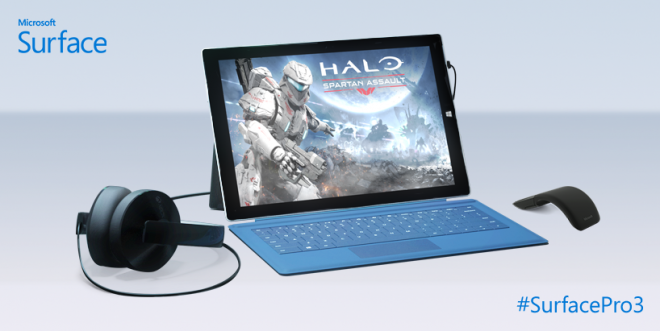