So either quality control at the Surface division is not as it should, or Microsoft is leaking its own tablets while carefully assessing the feedback. 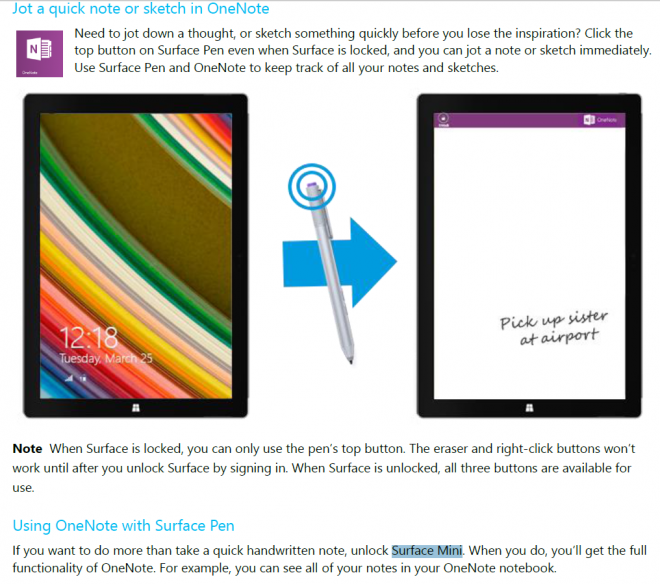 Maybe it was, or maybe Microsoft is still working on it. There are many plausible explanations going both ways.

What we can assume however is that no matter what stage a Surface Mini is now in, it had or will have Surface Pen digitizer support, which currently Asus VivoTab Note 8 is the only small Windows 8.1 tablet to feature something similar to.

Expect a new Surface event between August and October. Before then, send in your feature wishlist to Microsoft.