Microsoft has put together a new Bluetooth keyboard called Microsoft Modern Keyboard that should be launched pretty soon, after it was declared certified by the official Bluetooth organization today.

Microsoft Modern Keyboard was certified as a Bluetooth Low Energy (LE) device, after the Bluetooth 4.2 standard.

This may be the same new wireless Microsoft keyboard that was approved by the FCC earlier in March, and if it is, then it should be a very short but wide one, something similar to the Surface Keyboard (launched with the Surface Studio) or the Designer Blueooth Desktop

keyboard, which is also a Bluetooth keyboard, just with Bluetooth 4.0 instead.

Can this keyboard in any way be tied to a half-expected Microsoft event in April, where some hopefuls are crossing their fingers for a new Surface Pro 5 and Surface Book 2, with or withouth new hinges?

It would be too thin a coincidence at this stage, but who knows what else might leak from Microsoft in the first weeks of April. We’ll know then. 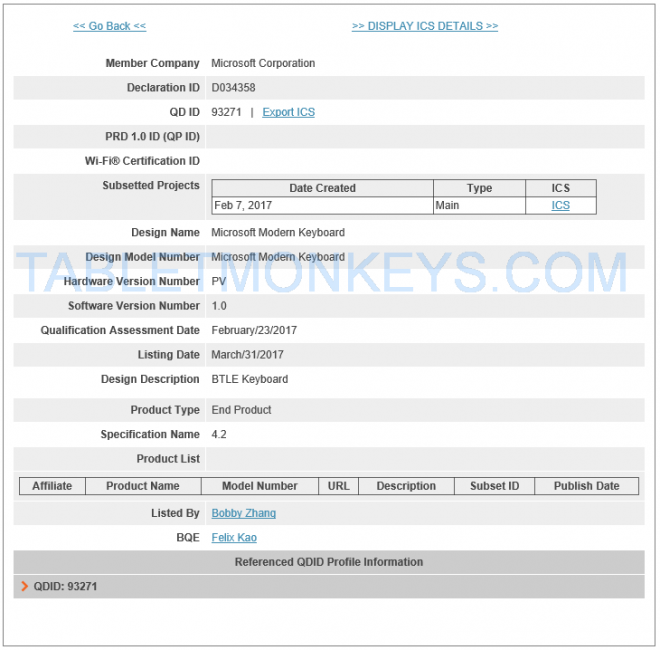