LG announced three new Android tablets for 2014 today, ahead of a more specified unveiling this week at the MedPI 2014 technology show.

The tablets are called LG G Pad 7.0, 8.0, and 10.1, and is the first new LG tablet this year since the Windows 8 tablet LG Tab Book 2. Last year’s Android tablet, LG G Pad 8.3 is still in production and have been cut quite a bit since launch.

LG decided to announce more of a teaser than a proper announcement today, so all else that’s known about the three new G Pad tablets is that they carry features like QPair 2.0 and Knock Code, which is LG’s smartphone-tablet sync software.

LG need to include more features than that if they really want to go against Asus and Samsung. 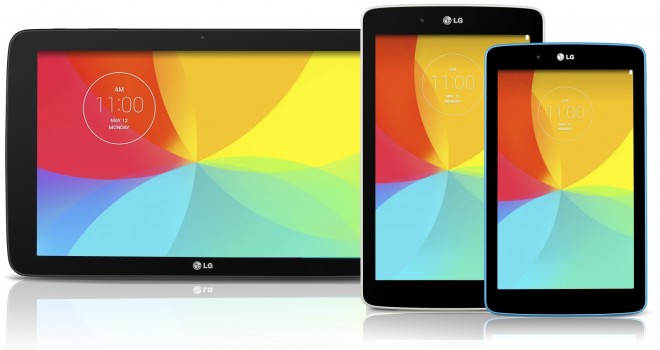