(UPDATED: Lenovo Yoga Tablet 10 HD+ was released regularly on May 3, and is available on Amazon

The existing Lenovo Yoga Tablet line consists of an 8-inch and 10.1-inch Android tablet, both with a 1280×800 resolution. The particularity about these tablets is the cylindrical hold and kickstand that provides extra battery capacity, with a maximum battery life of up to 18 hours from the 9000mAh battery.

The new Lenovo Yoga Tablet 10 HD+ maintains the particular design and battery capacity, but sees a considerable upgrade in hardware. Such as a proper 1920 x 1200 Full HD resolution display with 178 degree viewing angles. The processor also sees a change, with Lenovo opting for a quad-core 1.6GHz Qualcomm Snapdragon 400 MSM8228 CPU on the 3G model and APQ8028 on the Wi-Fi model. For memory it has 2GB of DDR2 RAM. Storage options are 16GB and 32GB with the usual microSD card support. Other interesting features is the 8MP rear camera and 1.6MP front camera.

The total weight is 615 gram, so the extra battery and kickstand does add about 70 gram in weight over the average 550 gram weight of 10-inch Android tablets in Q1 2014.

Lenovo Yoga Tablet 10 HD+ will launch in early April in the US according to Lenovo (which tend to mean at least a couple of weeks later than stated), with the date set to May for the UK. The price for the 16GB model is $349 in the US. The regular Yoga Tablet 10

was released in October for $299 but is usually priced at $259 these days. 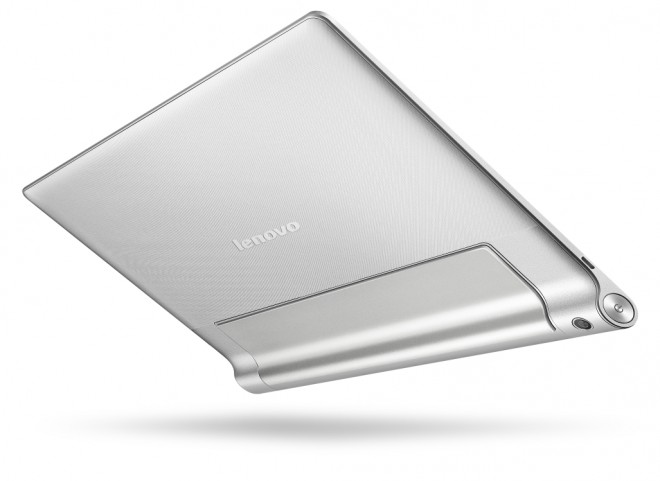 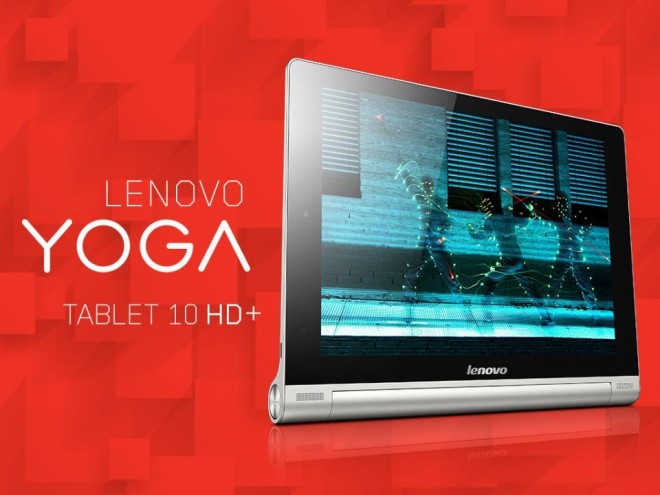