One of Lenovo’s flagship tablets is the Lenovo Tab P11 Pro, an 11.5-inch Android tablet with OLED display and four cameras. It was launched in the fall of 2022, so with two years since launch, it’s only natural that the successor has started to leak.

So we bring you the first photo leak of the Lenovo Tab P11 Pro 2nd Gen. We can see that Lenovo has changed the design a lot, and they have even removed one of the rear cameras so that it’s now a single rear camera. But at least that one rear camera has been given a gold ring around the lens for a much more premium look and feel.

Lenovo has also added an oval pill shaped mark on the top center on the back of the Tab P11 Pro 2nd Gen, which I assume is a mark to indicate where the wireless magnetic stylus pen charger might be. The predecessor only have a pen attachment through the pouch of the rear cover. 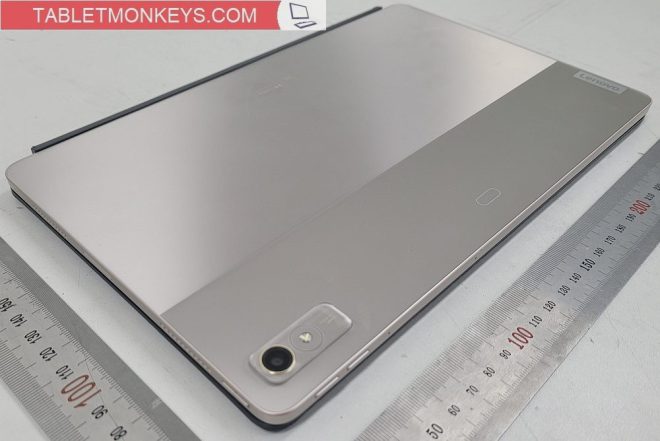 The overall dimensions of the tablet is still in the same 264mm x 171mm region as before, so overall it will carry on in the same tablet segment.

But the Lenovo Tab P11 Pro 2nd Gen has been treated to some other upgrades and changes. It’s now powered by a more powerful MediaTek Kompanio 1300T chipset, more specifically the 2.0 – 2.6 GHz octa-core MT8797Z processor, with 2GB more RAM add, as the options will now be 6GB or 8GB RAM.

The official battery capacity is also stated as 8200 mAh, though it’s unclear if that’s the average or minimum value, but either way the difference is negligible.

Since the IFA 2022 technology show in Berlin is not so far away, it’s possible the Lenovo Tab P11 Pro 2nd Gen will be unveiled then, between the end of August and early September. 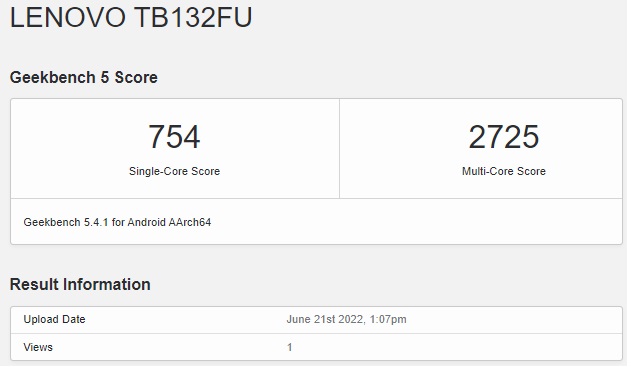