It’s been three months since we leaked the Lenovo Tab P11, but today the tablet was officially announced too, and Lenovo says they will launch it in the US in January from $229.

The Lenovo Tab P11 is an 11-inch tablet that’s an alternative to the bestselling Android tablet on the market right now, the Samsung Galaxy Tab A7. They are both powered by the same octa-core Qualcomm Snapdragon 662 processor, and feature Android 10, 4 speakers, and a 2000 x 1200 resolution Full HD display. Both tablets can be fitted with a keyboard too, which turns them into potential 2-in-1 Android tablets.

Lenovo Tab P11 should also not be confused with the already launched Lenovo Tab P11 Pro, which is a little larger and more costly. 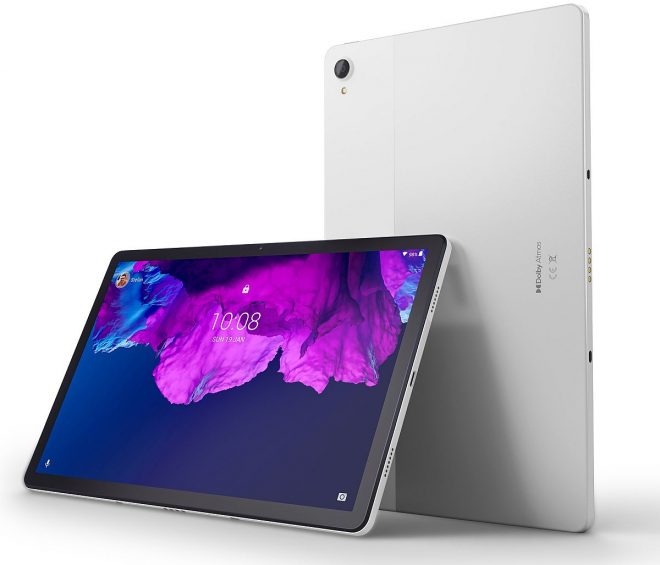 The 11-inch screen has 400 nits brightness, 70% NTSC, while the 4 speakers feature Dolby Atmos. Webcams and worldcams, includes a 8MP frontal camera, and a 13MP rear camera with an LED flash/light. Facial recognition and login is supported, and the webcam can be set to blur out the background when you are doing video calls. The microphones are dual mics. So the specs are good for a mid-range tablet computer. 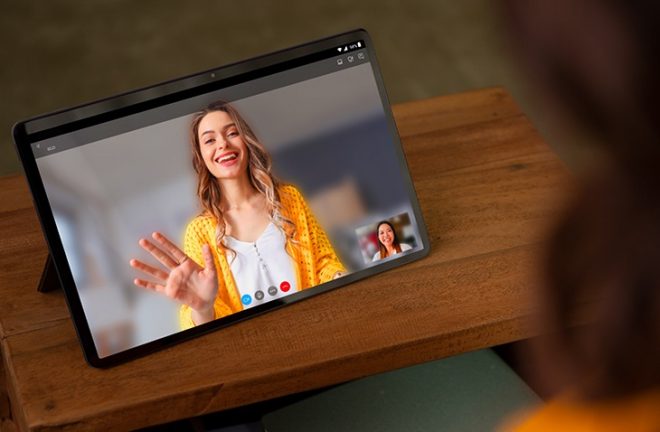 Connectivity options are Wi-Fi 5, Bluetooth 5.0, and a USB C (2.0) port. The optional keyboard is pogo pin connected. The 7500 mAh battery is rated with a 12 hour battery life.

Optional Lenovo Tab P11 accessories are a Folio Case with a kickstand, the Keyboard Pack, a docking in the form of the Smart Charging Station 2, and finally the Lenovo Precision Pen 2. An optional 4G LTE model will also be launched in a few countries.

The Tab P11 is just 7.5mm thick, and weighs 490 grams. It’s two color options are either a silver Platinum, or a darker Slate Grey, both with a two tone split on the back. 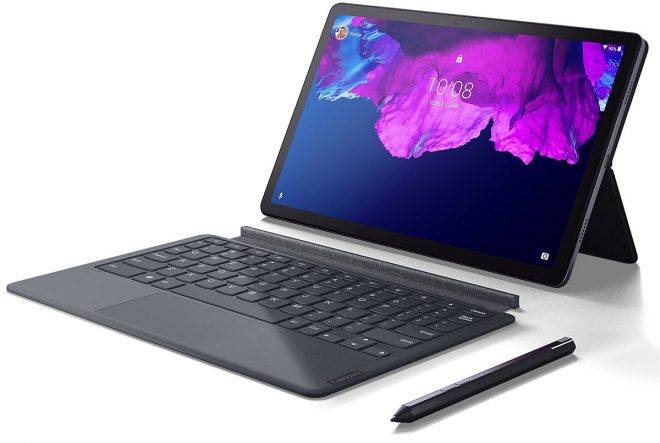 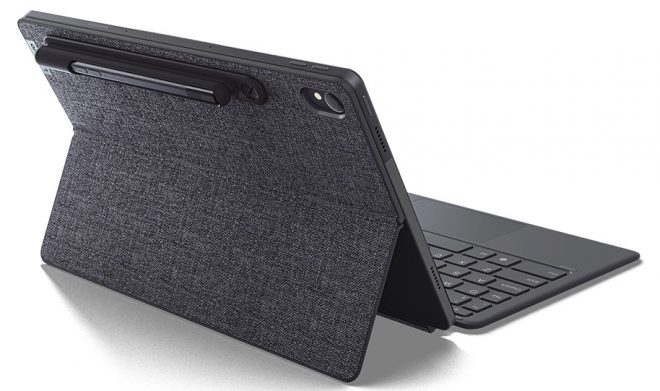 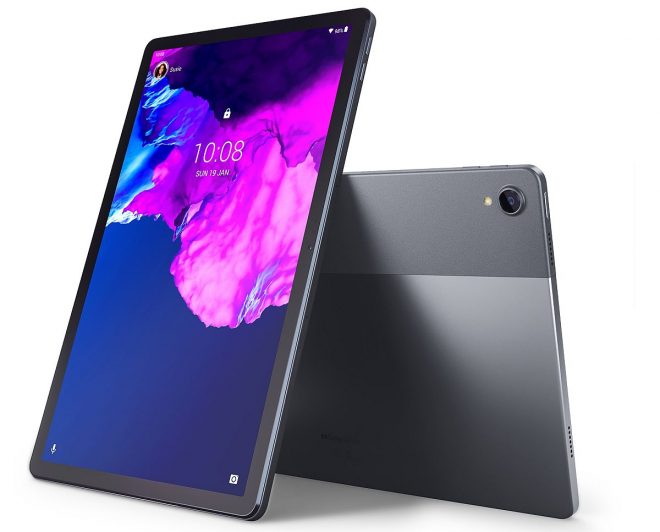 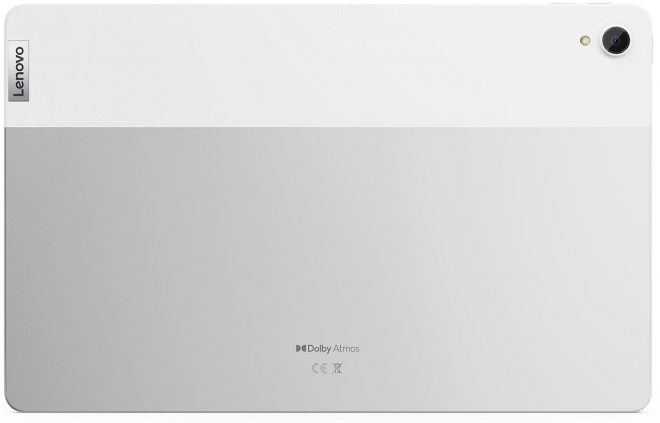