After 5 months of so many leaks on the Samsung Galaxy Tab S6 Lite that we already had all the specs and images of this new Android tablet, Samsung finally made the official announcement of the Samsung Galaxy Tab S6 Lite today too. It will be launched globally starting in April, with a starting price of $349 for the 64GB model with the digitizer pen included, making this new Samsung tablet a tempting value proposition:
https://www.amazon.com/Samsung-Galaxy-Lite-Tablet-Oxford/

Full Samsung Galaxy Tab S6 Lite specs begins with 10.4-inch screen featuring a new Full HD 2000 x 1200 resolution LCD display, with a pixel resolution of 225 ppi. This is followed by an octa-core 1.7 GHz Samsung Exynos 9611 processor, with 4GB of LPDDR4x RAM (2133 MHz), and options of 64GB and 128GB UFS 2.1 storage. The memory card slot supports microSD memory cards up to a staggering 1TB, so storage is not an issue naturally. 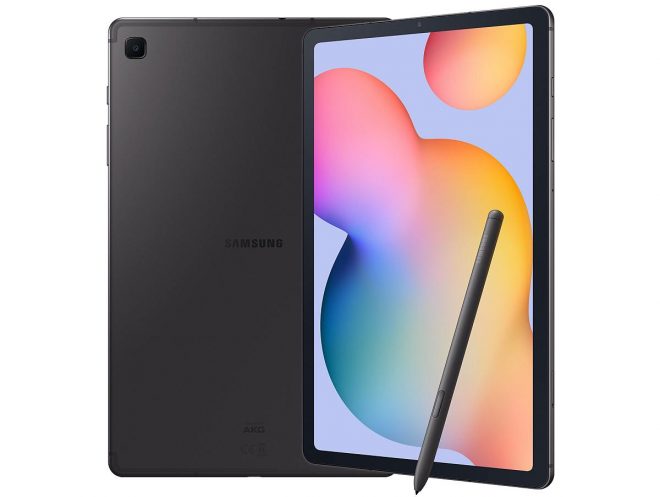 The Tab S6 Lite is released with the newest Android 10 and also features Samsung’s One UI 2 interface with additional features. Android 10 takes up about 14.8GB of space on the tablet, so that still leaves over 49GB available for apps and content.

With this hardware combination, the Samsung Galaxy Tab S6 Lite benchmark scores has come in at just over 1665 in single-core and over 5410 in multi-core scores on Geekbench 4.

Additional Samsung Galaxy Tab S6 Lite specs are a 7040 mAh battery with an 13 hour battery life based on the video playback standard that we always use here on Tabletmonkeys. The tablet sensors are an accelerometer, gyroscope, RGB sensor, hall sensor, and GPS, Glonass, Beidou, and Galileo navigation/location sensors. 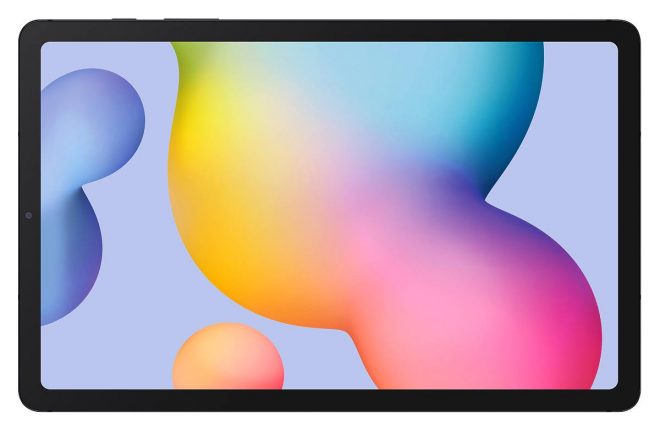 Samsung Galaxy Tab S6 Lite is thin at just 7mm, and one of the lightest tablets in the 10-inch tablet category, with a weight of just 465 grams for the Wi-Fi model and 467 grams for the 4G LTE model. The 4096 pressure level sensitive Samsung S Pen only weighs 7 grams.

The Samsung Galaxy Tab S6 Lite S Pen doesn’t require additional batteries, since it charges from the tablet and can attach magnetically. The nib or tip of the pen is 0.7mm thick, and comes with the tablet in most regions of the world.

Samsung have also made a folio cover for this tablet where the pen can attach magnetically too.

Some of the additional features with the One UI 2 includes visibility enhancements with higher contrast, which even extends to the color coding on virtual keyboard. For those who have a Samsung Galaxy smartphone, the tablet can also be paired to answer text messages with or make phone calls with.

The pen features are a world of their own, and adds anything from quick note taking features, gesture shortcuts, drawing features, to handwriting-to-text features.

The three color options on the Samsung Galaxy Tab S6 Lite are called Oxford Gray for the black version, Angora Blue for the light blue version, and Chiffon Rose for the light champagne pink version.

Samsung Galaxy Tab S6 Lite release dates varies from country to country, with most major countries not shipping it before April 30, such as the UK, though some are taking pre-orders before then, like Best Buy will soon.

Another alternative worth considering right now is actually the Samsung Galaxy Tab S5e as long as it’s on sale for $349, the same price. This tablet has even higher specs, an AMOLED display with higher resolution, quad speakers, and 4K video recording. It runs Android 9.0 right now, but is eligible for the Android 10 update that will roll out to it in August. 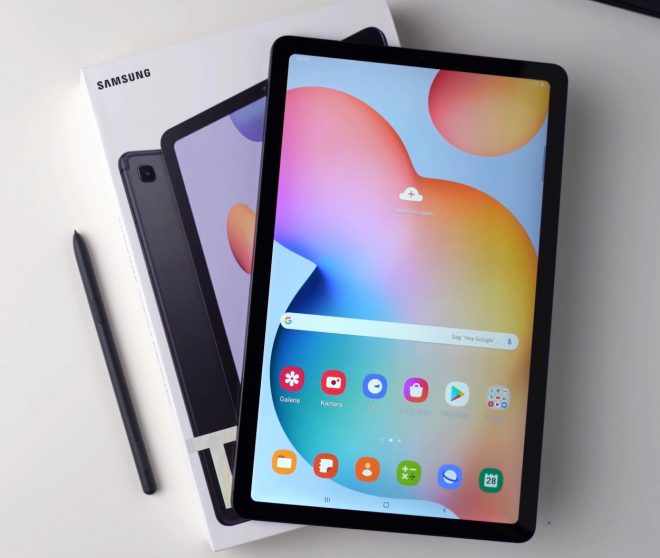 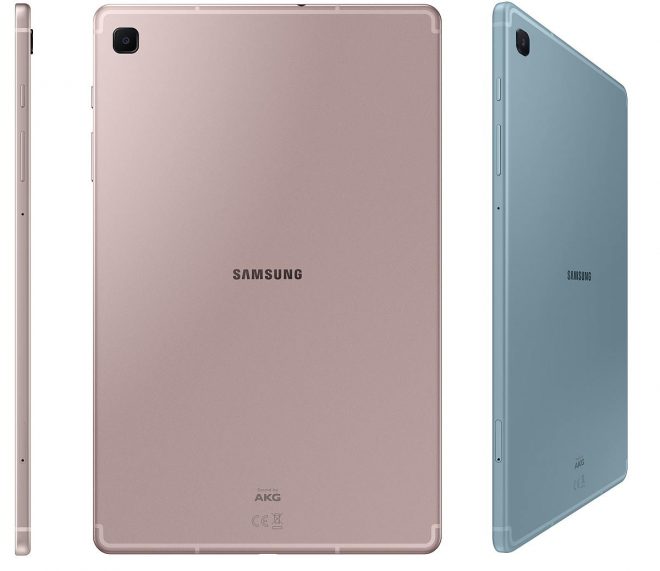 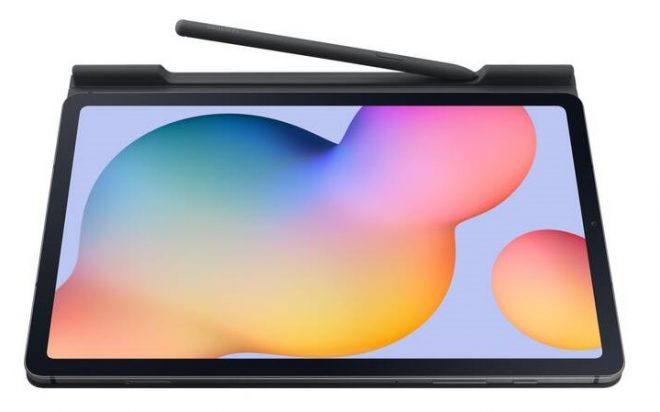 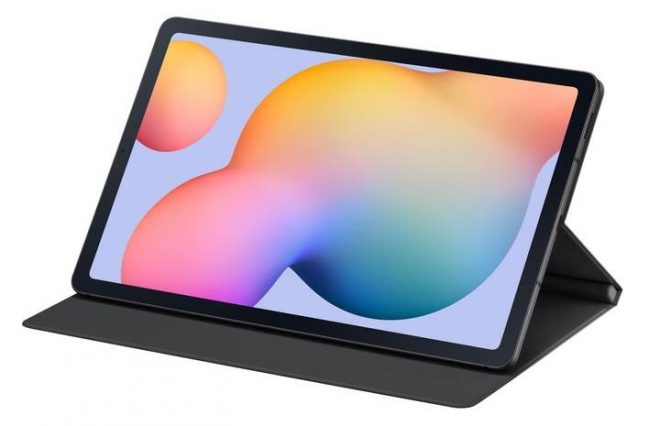 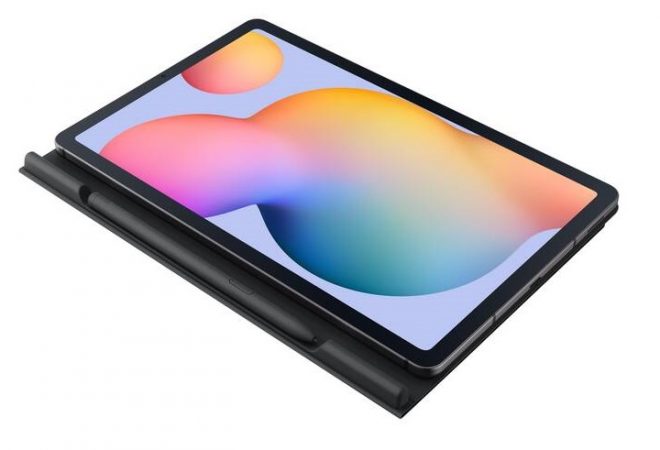 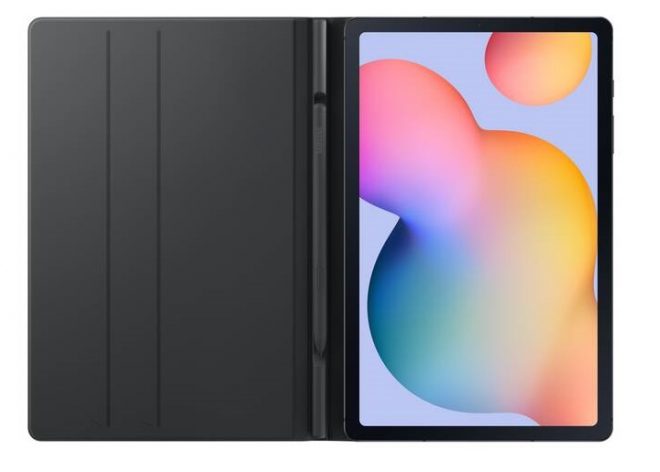 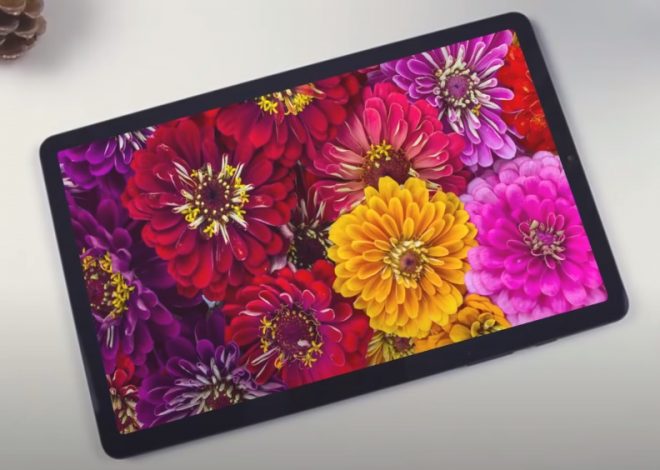