The Lenovo IdeaPad Miix 720 was leaked as far back as October last year, and started taking orders in Taiwan at the end of December with late January delivery, but was first officially unveiled by Lenovo today at the CES trade show in Las Vegas, where Lenovo says that the Lenovo IdeaPad Miix 720 will be released in USA in April 2017 from $999, with the keyboard included. 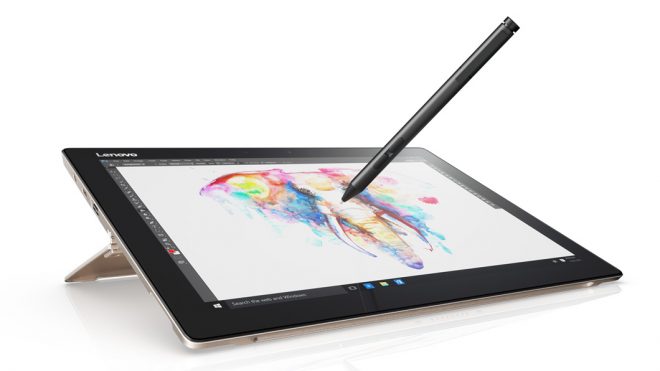 Three of the main Lenovo Miix 720 features are a record breaking (for a consumer tablet) 4096 levels of pressure sensitivity for the brand new Lenovo Active Pen 2, that will be launched by itself in February for $59.99.

The second feature is the 40Gbps Thunderbolt 3 port that will offer the fastest connection you can get on a consumer computer today. So all in all, you get a USB 3.1 Type-C port, a USB 3.0 port, a USB 2.0 port, and a microSD card slot, and a 3.5 mm audio combo jack.

A third feature is the infrared camera (IR) with Windows Hello suport, that will recognizes a users face to unlock the tablet. This is from the front, where there’s also a normal 1MP camera. On the back of the tablet, there’s also a 5MP camera, while it has front dual-array mics and Dolby stereo speakers as well.

The Lenovo Miix 720 battery life is 8 hours, which is okay, but not totally class leading from the 41 WHr battery.

The included keyboard is backlit, and connects to the tablet via pogo pins. The Miix 720 tablet has a built-in kickstand and uses Lenovo’s watchband hinges for multi-angle positioning. Color options are dark iron gray and champagne.

It will be launched in Asia first, with orders shipping in late January in Taiwan. But Lenovo said today that the Miix 720 will be released in the US in April 2017. So until then, the main alternatives are the Surface Pro 4, Surface Book, and the Asus Transformer 3 Pro. 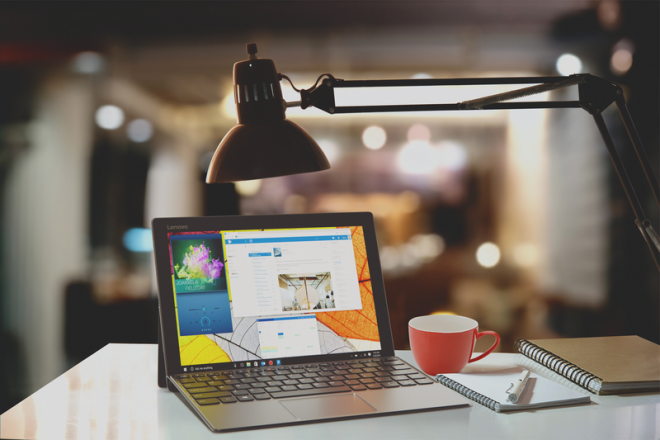 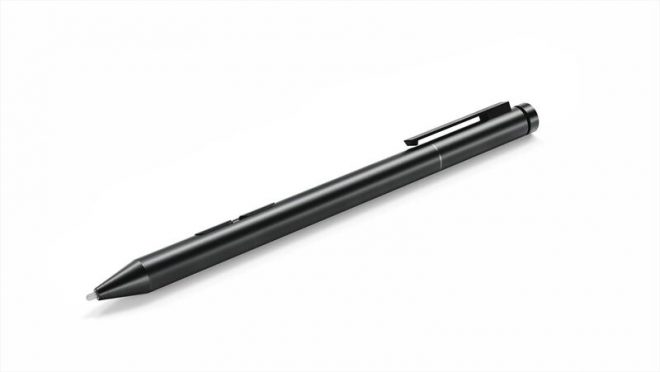 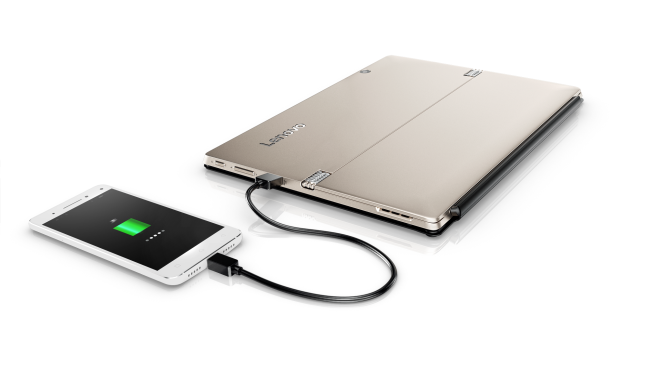 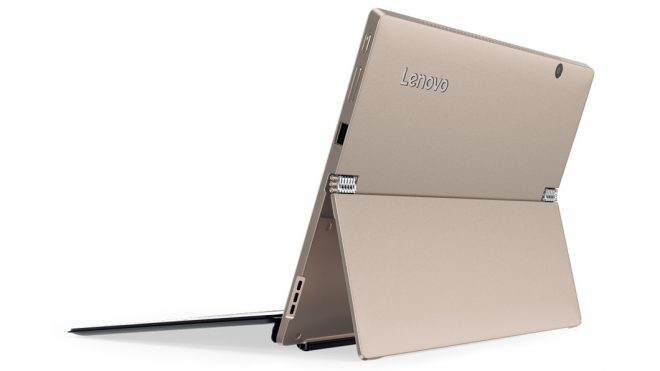 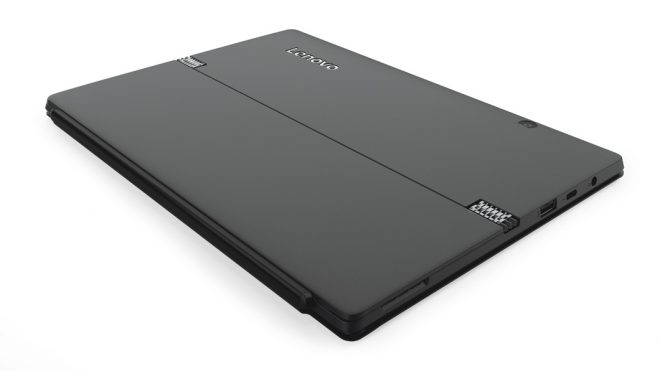 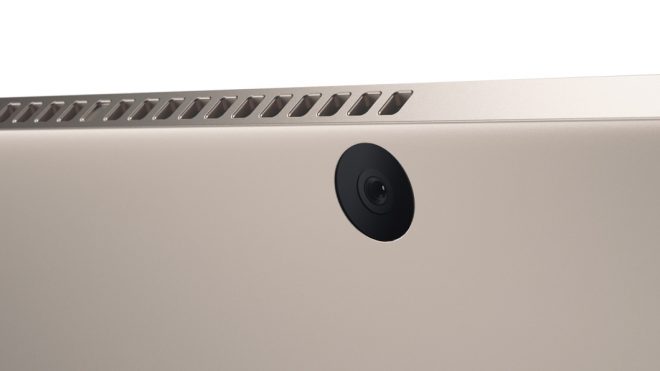 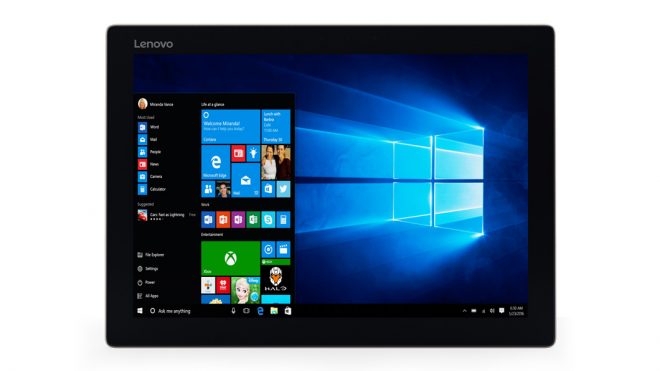 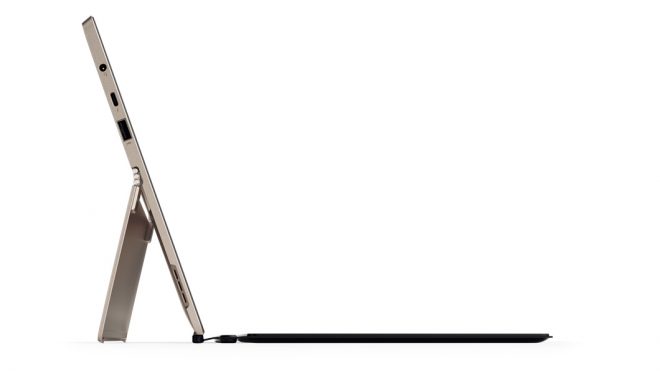 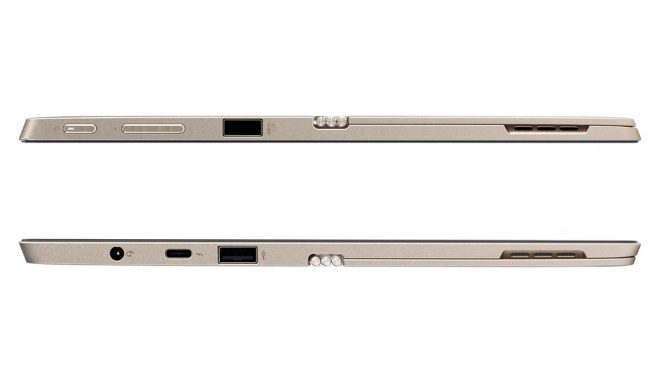 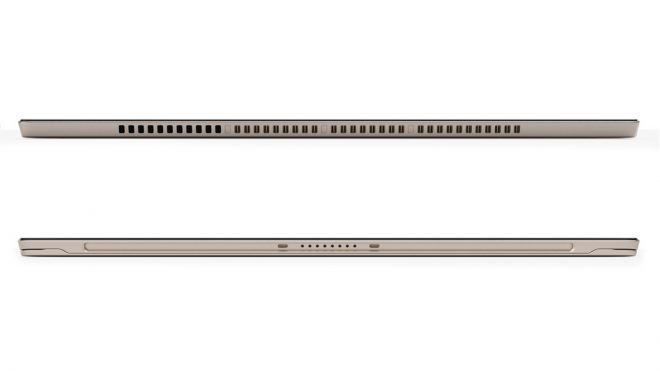