Among other products announced by Microsoft at their Windows 10 event today, Microsoft announced the launch of their new Surface Book with Performance Base aka Surface Book i7 with more power and longer battery life.
The Surface Book i7 release date is November 10 in the US, where it’s taking pre-orders from $2,399:
https://www.microsoftstore.com/store/msusa/en_US/pdp/productID.5074012

The previous optional Nvidia GPU used to be the Nvidia GeForce 940M GPU that had its own 1GB of RAM, but now in the new Surface Book i7, this GPU is replaced by a more than 2 times as powerful Nvidia GeForce GTX 965M GPU with its own 2GB of GDDR5 RAM.

RAM options for the tablet itself, is otherwise 8GB and 16GB, with 256GB, 512GB, and 1TB in storage options, with all models being powered by a 6th gen. Intel Core i7 processor. So the new Surface Book will remain the world’s most powerful tablet also for 2016 to 2017. 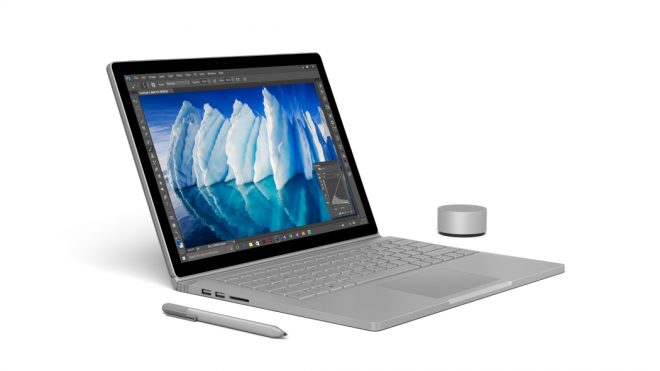 Microsoft also worked with both Nvidia and Intel to ensure that processor and GPU cooling is efficient and fast, so that the new Surface Book stays cool when pressed to the max. So now we can attach as many external 4K monitors/displays as we want.

Surface Book i7 can also be used in conjunction with the brand new Surface Dial, whether on the side of the tablet, just like you would with a mouse, or placed on top of the display, where you can use it to regulate and adjust whatever you like, turn colors up or down, volume up or down, zoom in and out, scroll, anything you can think of really. 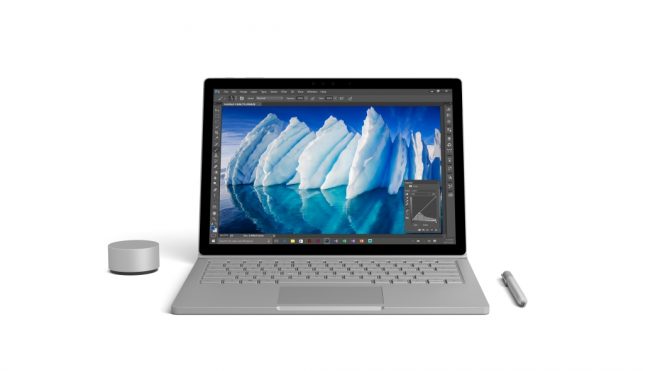 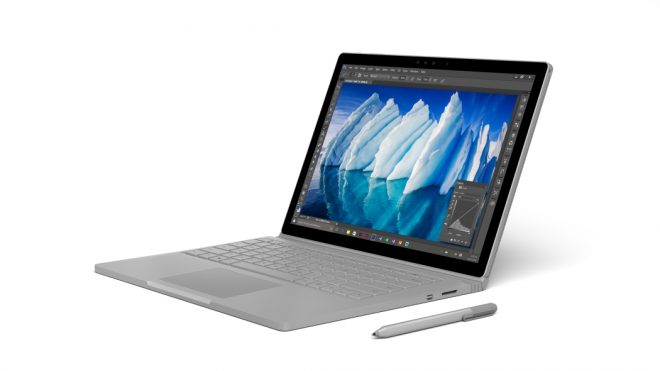 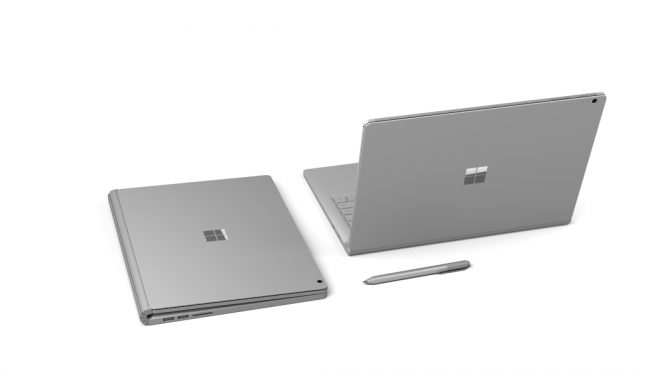 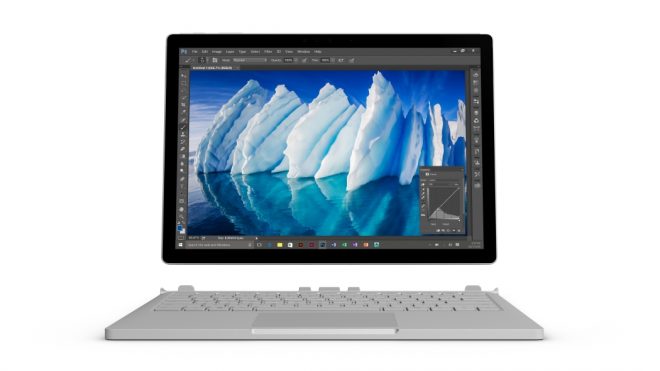 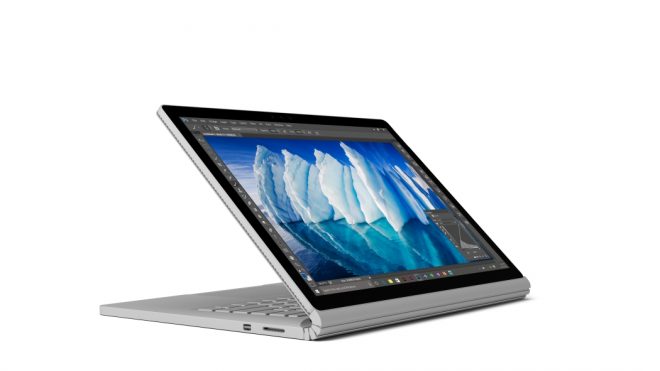 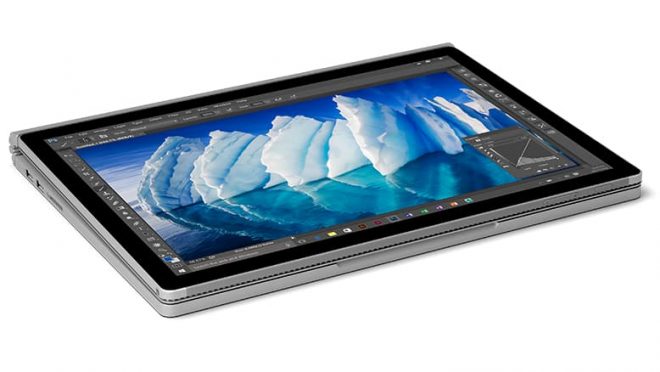 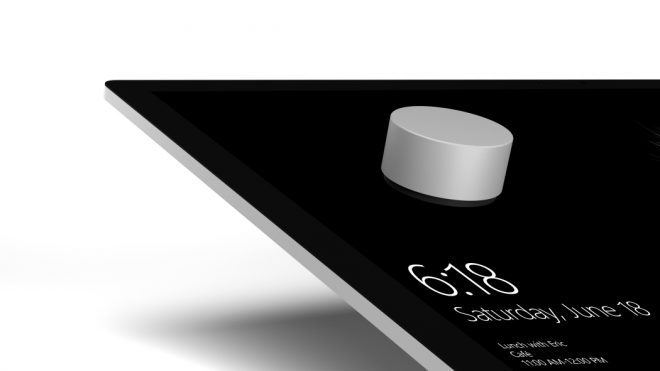