The Windows 10 on ARM Lenovo Miix 630 was unveiled the second week of January this year, and grabbed the headlines due to this being one of the first Qualcomm Snapdragon 835 Windows 10 S 2-in-1 tablets to launch onto the market this year.

It has not been launched yet, but today it was finally FCC approved, so we might just be weeks away from launch of the Miix 630 now. And while Lenovo had already announced most of the majors speces from before, today’s FCC approval brings us an important piece of information concerning the 4G LTE bands that the Lenovo Miix 630 will support.

This is important to many, who will be buying it because it has cellular connectivity. And the FCC approved version Lenovo Miix 630 (12Q35) covers LTE bands from 2 up to 66, so we know this model number is ready to go in Canada too. I expect that there will be other regional versions for other parts of the world, like Europe, Asia, the Middle East, and Africa.

Lenovo Miix 630 has been listed on Lenovo Store for some time, but it has yet to take orders. The similarly equipped rival HP Envy x2 was released in March and is currently back in stock. 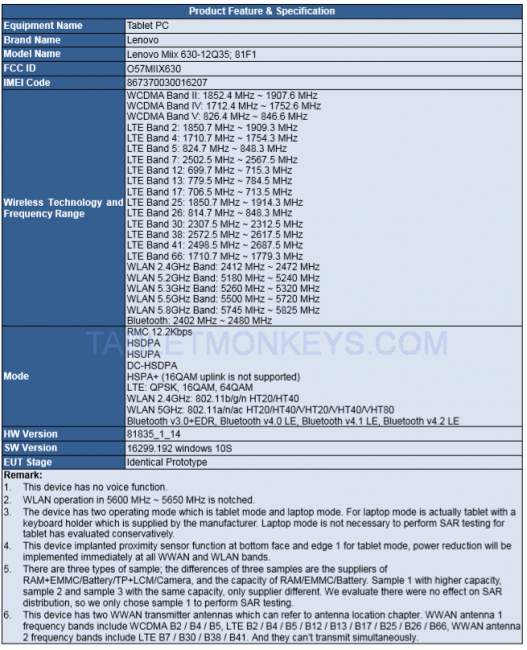 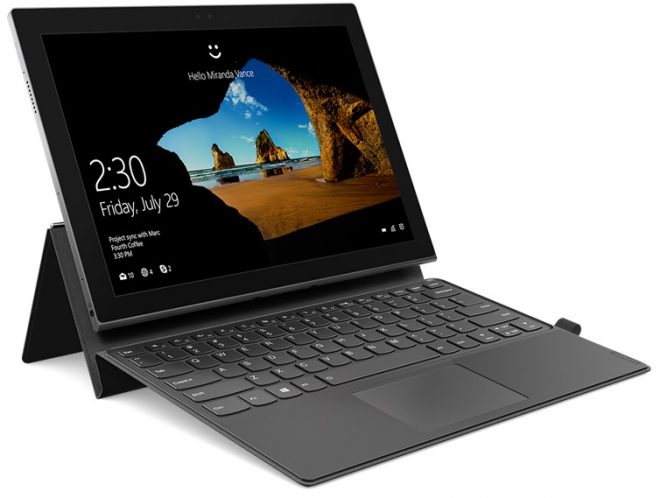