Gizmochina picked up a rumor posted as a insider leak yesterday, in which it’s claimed that a new Nexus 7 tablet will be built by Huawei.

This is the first time this has been launched as a likely rumor, although it only takes a stretch of imagination since Huawei is currently manufacturing the latest Nexus 6P

The Huawei Nexus 7 2016 rumor claims that the project has begun already. If it is under way, then we might see it launch in 2016. Google has yet to launch the Google Pixel C tablet that they announced in September too, so at least there is one new tablet in the pipeline from Google.

Huawei already has one of the very best 7-inch Android tablets on the market, with the Huawei MediaPad X1 7.0. Google’s current Nexus 7 FHD, or Nexus 7 (2013) as it’s usually been called, was launched 2 1/2 years ago in July 2013. But since then it has become one of the legendary tablets, with all around good specs when it launched, and just as importantly, it has always been up to date on the OS side of things, and is currently running the latest Android 6.0 Marshmallow.

If Huawei has a say in this project, you can bet it will have thinner bezels than the current Nexus 7 tablet, and more like the bezels on the Huawei MediaPad X1 7.0. 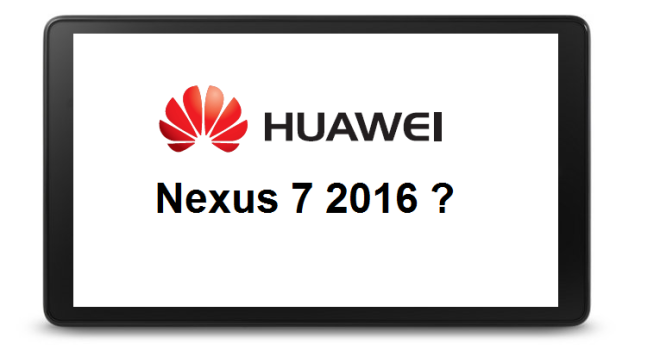