The upcoming and still unofficial Huawei MediaPad M3 that was first leaked on August 20, we can now present some further and updated specs for. And I am happy to report that my previous hopes for an upgrade to a retina resolution display did come true on this tablet.

The Huawei MediaPad M3 is an Android tablet with an 8.4-inch screen featuring a 2560 x 1600 resolution display. As leaked before it has 4GB of RAM, but it is also, just like its predecessors, powered by a HiSilicon Kirin processor, this time, an octa-core processor naturally, with Mali MP4 GPU.

MediaPad M3 has an 8MP front camera and an 8MP rear camera, comes with Microsoft Office for Android, and GPS according to the latest documents we have obtained. Other confirmed Huawei MediaPad M3 specs include a 4980 mAh battery, dual-band 2.4 GHz and 5 GHz 802.11 a/b/g/n/ac Wi-Fi, and Bluetooth 4.1. for the MediaPad M3 8.4 (BTV-DL09-W09). 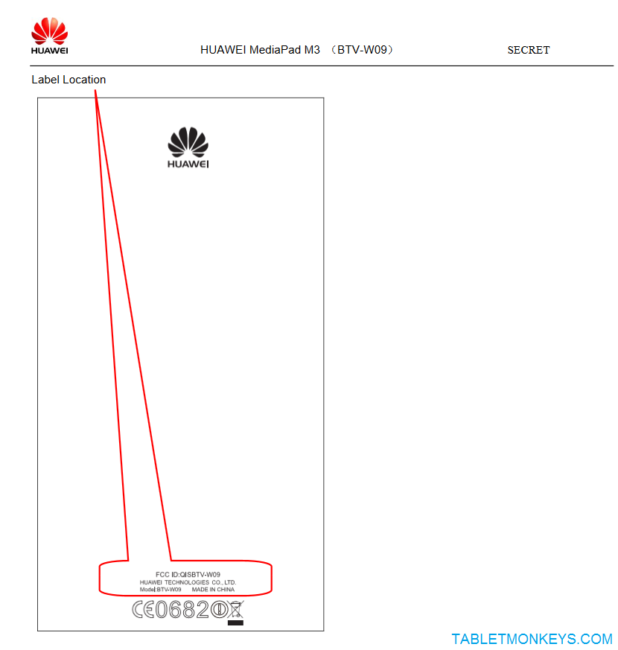 Huawei has made it clear that it wants to become one of the largest phone and tablet manufacturers in the world, and this is just the kind of tablet that will help it up there.

Huawei MediaPad M3 8.4 is now destined for unveiling at the IFA trade show in Berlin on September 1.