Huawei MediaPad M1 is an 8-inch budget Android 4.2 tablet. It shares the same 1.6GHz quad-core processor as the Huawei MediaPad X1 though, which is a Hisilicon Kirin 910 processor with a Mali450-MP4 graphics processor.

The display however is a more sober 1280 x 800 resolution display. So is the 1GB of RAM, and the 8GB and 16GB storage options. Using the deivce for a copule of minutes left me worried about the sharpness of the screen though. The display has poor contrast, which becomes even worse when you hold it at any other angle than straight ahead of you. Because of this, I would recomend that people look for another tablet from either Asus, Lenovo, or Samsung instead. 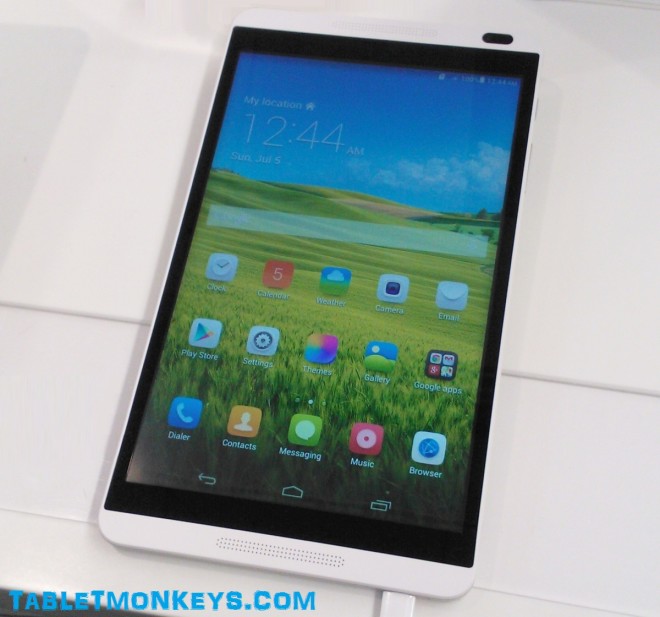 Apart from all the standard tablet sensors, it has a 1MP front camera and a 5MP rear camera. Unlike a lot of budget tablets up until now however, it will also feature optional 4G LTE connectivity, which can turn this into a tablet phone as well that will let you make calls and send text messages.

The battery capacity is at 4800mAh, which is above average for an 8-inch Android tablet.

Huawei says launch will start in March in Asia, Europe, South-America, Russia, and possibly even in other markets at a later time. We’re very interested in the price, since this could become a pretty good value budget tablet. 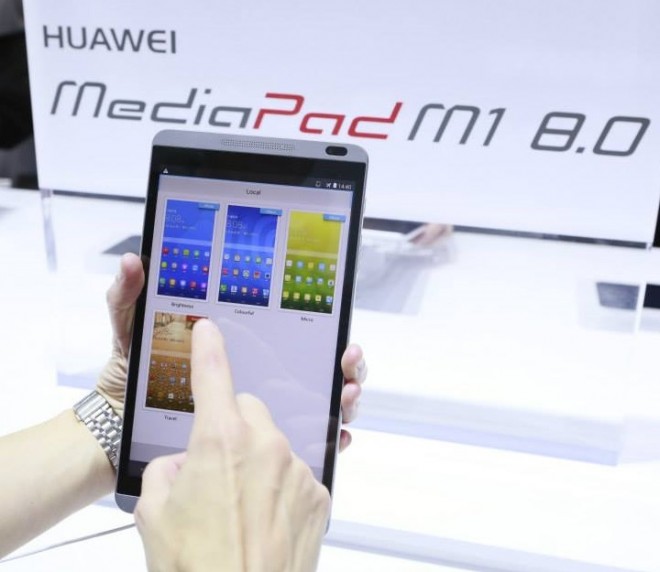 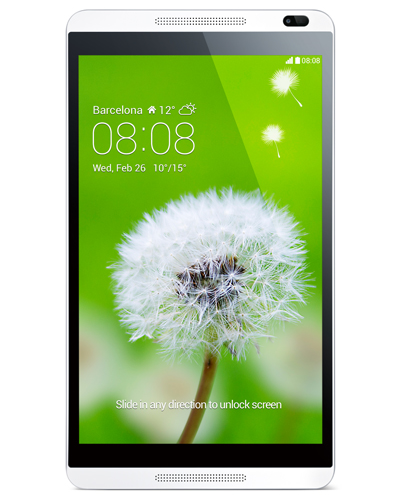