The Huawei MatePad T8 is an 8-inch entry level tablet by Huawei that was launched during the time when the US government imposed specific bans on companies and services, such as banning some Huawei tablets from access to the Google Play store.

So despite running the Android based EMUI OS and interface, it only has access to Huawei’s AppGallery.

The tablet has been sold in the US nonetheless, with the result that some buyers have complained that it doesn’t have access to the apps on Google Play. 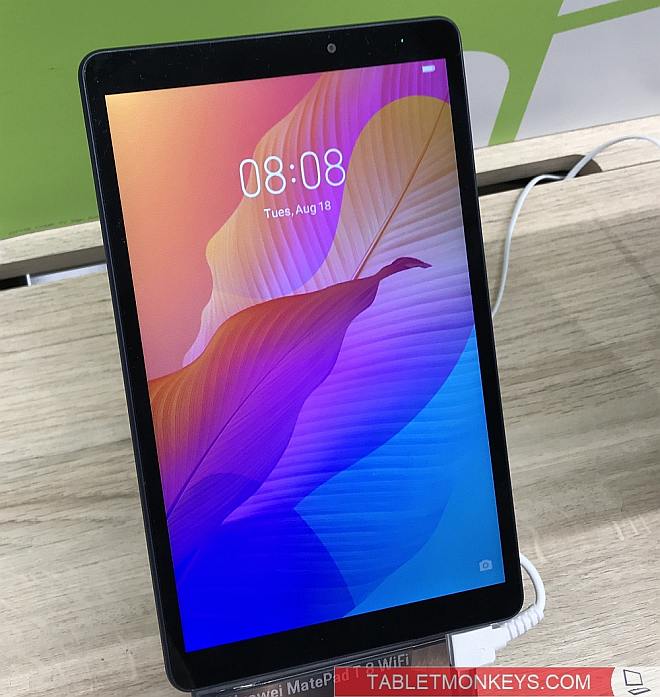 The processor was originally the MediaTek MT8768 processor, but that wasn’t enough to get access to Google Play. So while it looked like the tablet would be discontinued, Phablet.jp notes that the MatePad T8 has resurfaced with the option of Huawei’s own inhouse Kirin 710 A processor instead.

That’s definitely not going to give it access to Google Play, so this tablet will stay with Huawei’s increasingly expansive app store instead.

This tablet is sold in Western markets too, and the new choice of chipset is listed even on Huawei’s international market websites, so this tablet may be sold on the cheap for Christmas.

Though for most people, going for one of the 8-inch Android tablets is probably going to make your life a little easier, unless you are already familiar with Huawei’s AppGallery.