Huawei unveiled the Huawei MatePad Pro in Shanghai today, the same tablet that Huawei had been teasing on two occasions before today’s press event.

Huawei MatePad Pro is Huawei’s new top-range Android based flagship tablet at 10.8 inches, with good specs, features, and design. We have to call it Android based, because you can’t use stock Android with it under the current trade war, only the Android based EMUI 10. But this is still an important tablet computer, so we are covering it, and hopefully the trade war will be over next year, so that stock Android tablets from Huawei will be available in the US again.

The specs are good enough to rival Samsung Galaxy Tab S6, and it’s very similar in most ways. 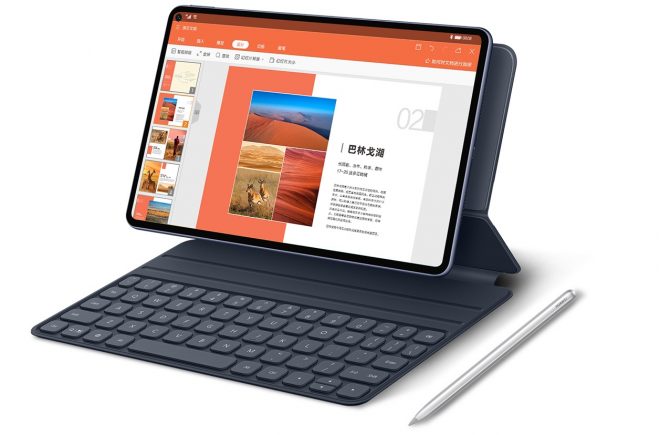 It’s powered by Huawei’s powerful octa-core Kirin 990 processor with Mali-G76 GPU, with configuration options of 6GB or 8GB RAM and 128GB or 256GB storage, or 8GB RAM and 256GB/512GB storage for the cellular top models.

It has a 8MP front camera which is a so-called punchhole camera that’s on the corner of the display, and a 13MP rear camera that records 4K video. Also similar to Samsung’s S6, it has quad-speakers just with Huawei Histen 6.0 sound instead. And it has dual-band Wi-Fi 5, Bluetooth 5.1, and a USB C 3.1 Gen1 port too.

The battery capacity is 7250 mAh, and it can be used to wirelessly charge smartphones or earbuds on the back. And with up to 40W charging, it has quick charge support for sure. Not only that, but the Huawei pencil can be charged wirelessly for a 10 minute use in just 30 seconds.

The pencil supports 4096 pressure sensitivity with a 20ms latency. Among pen features, this tablet has Huawei’s Memo pad feature, where users can write notes quickly. 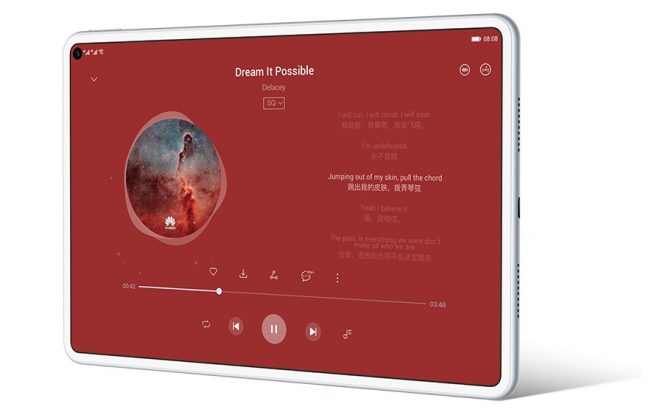 Color options are dark grey/black, white/silver, orange, and green, with a thickness o 7.2mm for the tablet, and a weight of 460 grams in one statement, and a weight of 492 grams in another statement when the “full body” is weighed. So I think we tech writers may have to weigh this tablet ourselves to know for sure what the weight really is.

There are many features with the Huawei MatePad Pro too. Some of them included smartphone multi-screen where you can drag and drop things from your phone to the tablet, or mirror your smartphone on the tablet

At launch, the Huawei MatePad Pro price in China starts at 3299 Yuan, or the equivalent of $469 without the keyboard or pen. It’s still taking pre-orders internationally though. During Black Friday Week the Samsung Galaxy Tab S6 is on sale for $549 with the pen included, and with even more power and even better OLED display.

Still, there’s no denying that the Huawei MatePad Pro is also a very good tablet in the Android based 10-inch category.