This tablet also launches with the new HarmonyOS 2. The specs for the tablet are both good and groundbreaking, as it’s the first tablet PC to feature 8 speakers, with Harman Kardon.

Huawei MatePad Pro 12.6 also features rear triple cameras with a 13MP camera, an 8MP wide-angle camera, and a 3D sensing camera. While on the front it has an 8MP camera too.

Huawei’s new OLED tablet also has a USB C 3.1 port, Bluetooth 5.2, a rear LED flash, and weighs 609 grams with a thickness of 6.7mm. The colors are green or grey. And obviously a tablet of this size has an optional keyboard too.

Apart from this list of great specs, it’s the HarmonyOS 2 that then makes this tablet really functional, by catering to the needs of people who like to get a lot of things done on a tablet. This includes easy shortcuts, mirroring of devices, collaboration modes, extended modes, cross-OS file transfer, split windows, multi windows, noise cancellation, and so on.

Unfortunately the Huawei MatePad Pro 12.6 won’t launch in the US any time soon of course, but it will launch in China in the middle of June for about $780. 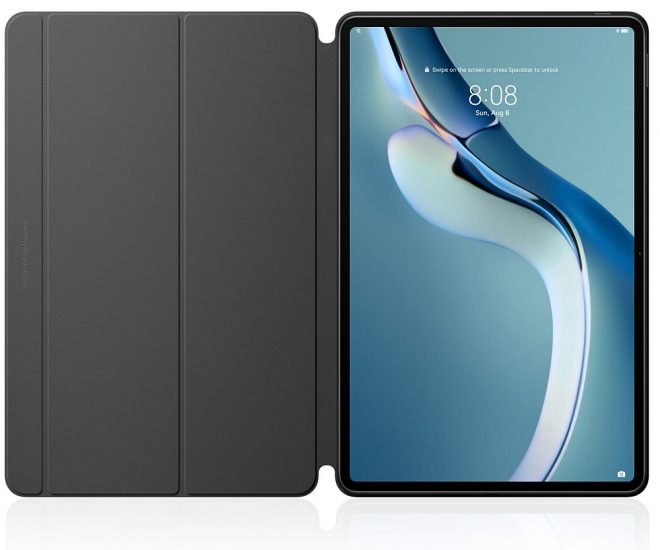