The Huawei Honor “Viewpad” V6 5G tablet that was announced on May 18th is taking pre-orders even internationally now, even though most people won’t see any reason to buy it internationally at the moment:
https://www.geekbuying.com/item/HUAWEI-Honor-V6-WiFi-Tablet 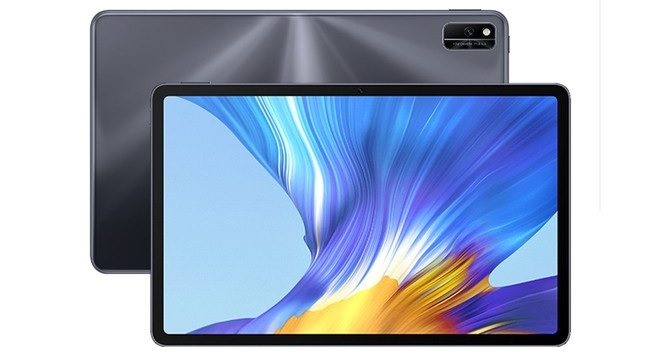 Customers would get 5G and Wi-Fi 6 though, and above average specs for the rest of the hardware too as the Honor V6 has a great optional keyboard and digitizer support, a 13MP rear camera with flash, and a battery frugal 10.4-inch Full HD display with the same resolution as the Samsung Galaxy Tab S6 Lite that officially launched in the US this week too.

The new Honor tablet will launch around June 12th.