After a 5 year hiatus from the tablet segment, a new HTC tablet looks set to launch in 2019 after it has at least been officially certified by the Wi-Fi authority.

This should be the first new HTC tablet since HTC built the 8.9-inch Google Nexus 9 tablet in 2014.

Specs leaks are thin so far since this is the first leak after all, but at least it is officially stated that the new HTC tablet is an Android 9.0 tablet with model number 2Q6U10000,2Q6U20000, and 2Q6U30000 which matches previous official Bluetooth records too that stated that this device is a HTC device with Bluetooth 5.0. 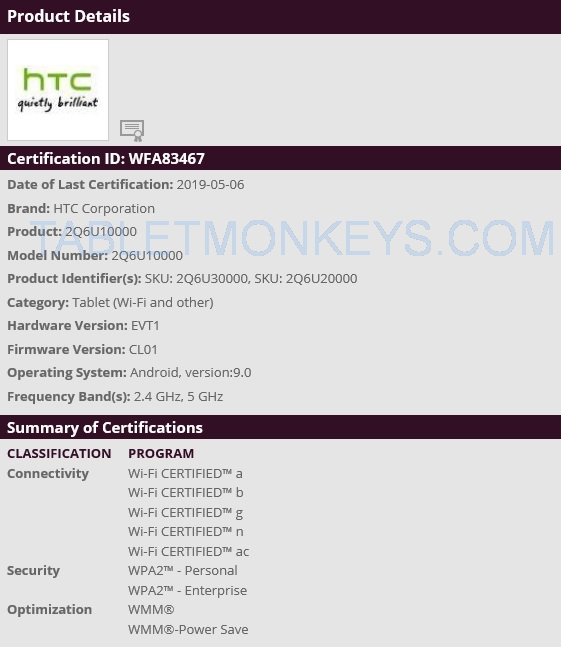 Unfortunately the model numbers and hardware and software versions EVT1 and CL01 can also place this HTC device in the category of routers. So it all depends on how accurately HTC have filed for certification.

So if HTC have filed incorrectly, this device could also turn out to be one of their hot new 5G routers with tablet display instead, such as the HTC 5G Hub seen in the photo here. We’ll just have to wait for more leaks first before we can tell for sure. 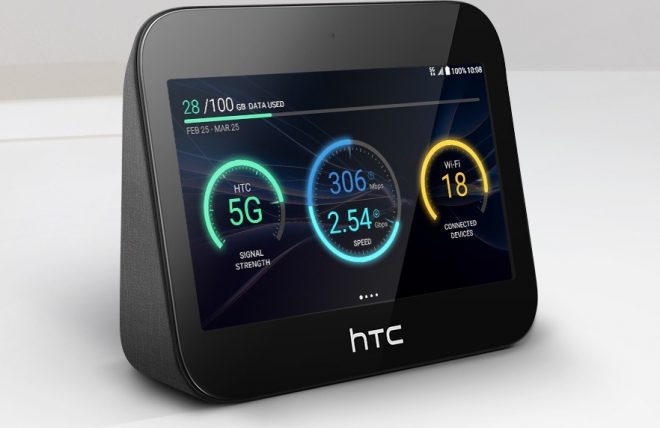