After our discovery yesterday of the new 8-inch Windows 10 tablet HP Envy 8 Note with free 4G LTE DataPass, we did some more digging and found another new unannounced HP tablet too.

(UPDATED: This tablet was announced as the HP Spectre x2 on October 7.)

And this larger tablet even has built-in kickstand, much like a Microsoft Surface tablet, which we found in the FCC illustrations of this tablet which so far only goes by the model name HP TPN-Q165. And this tablet too has 4G LTE, though that doesn’t automatically mean that it will have the HP DataPass included.

Judging by the measurements used in the FCC illustrations, this tablet is in the 10.1-inch to 12-inch range. 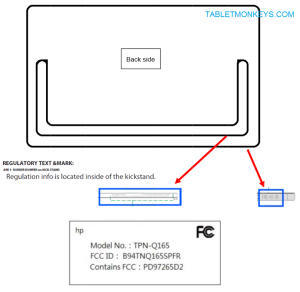 The tablet was submitted for testing in July 2015 and FCC approved in September, so this tablet probably isn’t more than two months away. As of yet we don’t even know if it’s an Android or Windows tablet, though the tablet is manufactured by Quanta Computer who have recently submitted two unannounced Android 5.1 tablets to the Wi-Fi certification body.

But according to HP’s confidentiality request at FCC seen below, this tablet is “one of the first of its kind.” Fingers crossed. 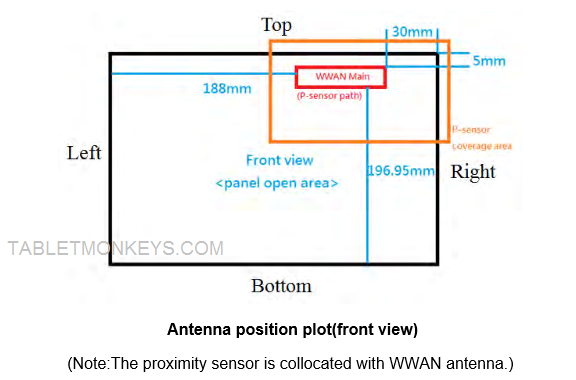