HP Pro Slate 12 was announced exactly one month ago on January 20, and it’s now selling

HP’s Pro Slate 12 has become available one year after Samsung launched the two tablets HP is copying. These are the Samsung Galaxy Note Pro 12.2 which has a digitizer too since it belongs to the Note family, while the other tablet is the Samsung Galaxy Tab Pro 12.2. The latter of which is significantly cheaper than HP’s tablet.

Samsung’s tablets are better in almost every way, since the only thing that Samsung’s 12-inch Android tablets doesn’t ship with these days are the enterprise security features HP Touchpoint Manager, HP Managed Mobility Services, or the 4:3 aspect ratio. The digitizer pen is an ultrasonic pen which HP says increases precision. HP wants people to think of this as business tablet though. 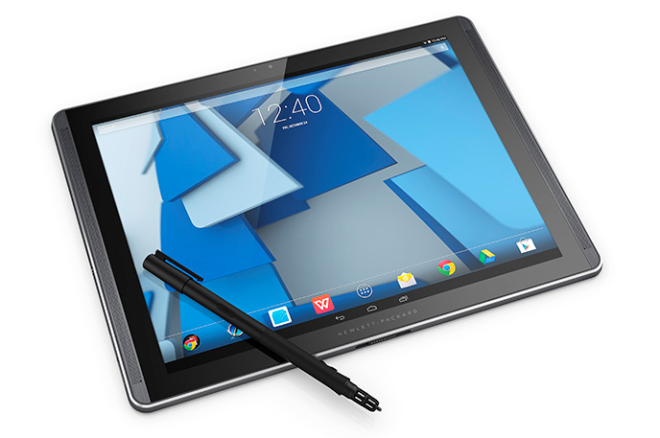 The processor is the Qualcomm Snapdragon 800 processor which means that HP deliberately chose an old processor from the 800 family. It has 2GB (800 MHz) DDR3 RAM, 32GB storage, a 12.3-inch screen with 1600 x 1200 resolution and Corning Glass, stereo front speakers with DTS sound, a 2MP front camera, and a 8MP rear camera.

By comparison, Samsung’s tablets in this category has the same processor for the LTE models and an octa-core processor on the Wi-Fi models. They also have 3GB of RAM, 2560 x 1600 resolution in two high-quality displays, a 13 hour battery life, 4-window multitasking ability, and a list of features that suits consumers better than HP’s business tablet.

HP Pro Slate 12 might be a step in the right direction for HP since it has large network of business users, and it will appeal to some businesses, but for most of the rest of us, there are tablets out there that can do so much more for us.