The latest and largest Note mobile device from Samsung was unveiled on January 6, when they presented the 12.2-inch Samsung Galaxy NotePRO tablet. It will be released in the US on February 13th.

From before we already have the tablets Samsung Galaxy Note 8 and 10.1, and of course the Note smartphones, so this makes the 12.2-inch Note the largest device in the Note series. And fortunately Samsung didn’t just go large in size, but in specs and features as well. Because this tablet is loaded.

With Android 4.4 KitKat, octa-core processor for the Wi-Fi/3G models and quad-core processor on the LTE model, a 2560 x 1600 display, 3GB of RAM, a 9500mAh battery, integrated S Pen, and lot’s and lot’s of apps and features packaged into it, what’s not to like?

These are the detailed hardware specifications for Samsung Galaxy NotePRO 12.2
The processors are either the 8-core Exynos 5 octa (1.9 GHz QuadCore ＋ 1.3 GHz Quadcore) processor which is used on the Wi-Fi and 3G models. While on the LTE model, Samsung have gone with the quad-core 2.3GHz Qualcomm Snapdragon 800. So nothing to complain about there. The graphics processor is a Adreno 330 on the LTE, and a Mali-T628 MP6 on the Wi-Fi and 3G model.

Welcome is obviously the 3GB of RAM as well, which is extremely rare on at tablet as we have entered into 2014.
The storage options are 32GB or 64GB with microSD card support up to 64GB. So you could carry up to 128GB in this tablet. On top of that it comes with 50GB free of Dropbox cloud storage for 2 years. 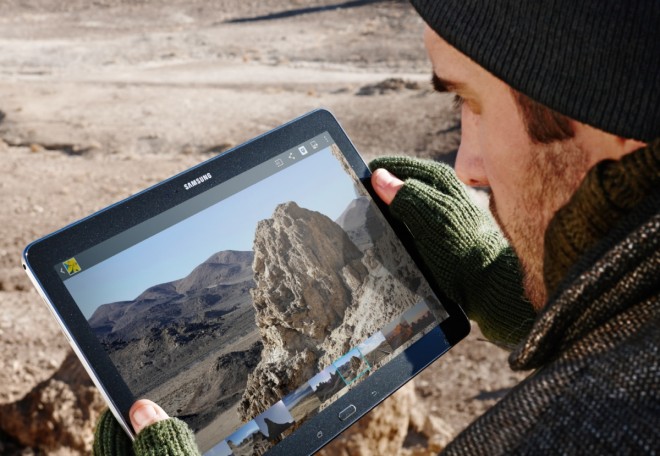 Sensors are navigation hardware like GPS and Glonass, and then there’s accelerometer, gyroscope, geo-magnetic, and RGB sensors. And it has the Samsung irLED so you can use this tablet as a remote control. And then there’s the battery at 9500mAh which is more than twice of what 10.1-inch tablets usually carry.

All very impressive hardware specs. But then there’s the software side of Samsung Galaxy NotePRO, which is no less impressive. Samsung understands ecosystems. All Samsung tablets comes with more than just a skin on the OS, and always feature some attractive software. And this applies in particular to the Note series, which we have seen on all the other three Samsung Galaxy Note tablets that have been packed with features and applications that have facilitated production and creativity as well as increased control over the general use, from the smallest aspects to the more important ones, such as through Magazine UX, which is a way of setting up and organizing the layout in a “magazine” like fashion, if you want.

On this Note tablet, Samsung have installed as much as nine various apps for the S Pen alone, which will make the stylus very productive. A glimpse of the other features in general is naturally the multitasking ability that the Note have always been leading the way with among tablets, and with this tablet you can open 4 windows at once!

I want to be a little careful with listing all the features, because some of the features will depend on the region you buy it in. But ultimately, Samsung is trying to give everyone the same value for money.

$700 worth of features to be precise. So as an example, in the US this would include the likes of 1TB of Bitcase storage for 3 months, Bloomberg Businessweek+ free for 1 year, Cisco WebEx Meetings free for 6 months, free apps from EasilyDo Pro, free Evernote subscription, free Linkedln Premium Membership, 12 weeks of free NY Times, free apps from Oxford Advanced Learners A-Z, Remote PC free for 2 years, and free Sketchbook Pro. 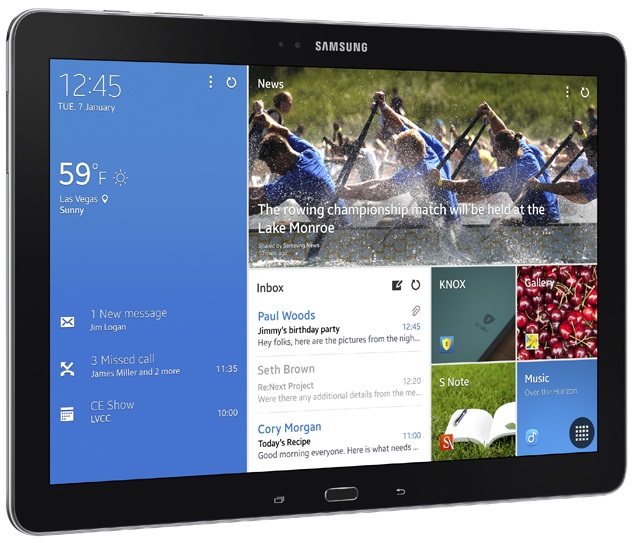 But there are many more apps and features than that, like Hancom Office, LIVESPORT.TV, Blurb, and more, but since these variables will differ from region to region, it’s best to check these features in the store that you buy the from, to know what you’ll get and not.

But Samsung didn’t stop with hardware, software, and services when they created the Samsung Galaxy NotePRO.
They even created a tablet mouse! Like the integrated pen, the optional mouse carries the same name, so Samsung calls it S Action Mouse. Other Galaxy NotePRO accessories are specially made covers (which is natural considering the unique 12.2-inch format) in addition to USB LAN HUB and a Universal BY Keyboard.

The other Galaxy Note tablets have appealed greatly to students, but considering how much Samsung have added to the Galaxy NotePRO, this tablet will appeal to an even wider user group, with business people in particular. 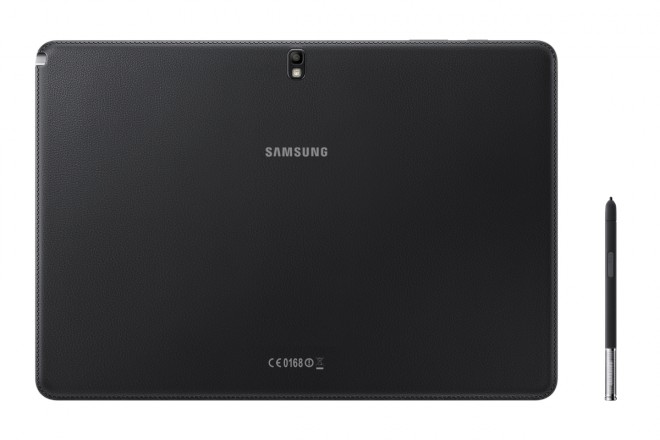 The leather back of Samsung Galaxy NotePRO 12.2 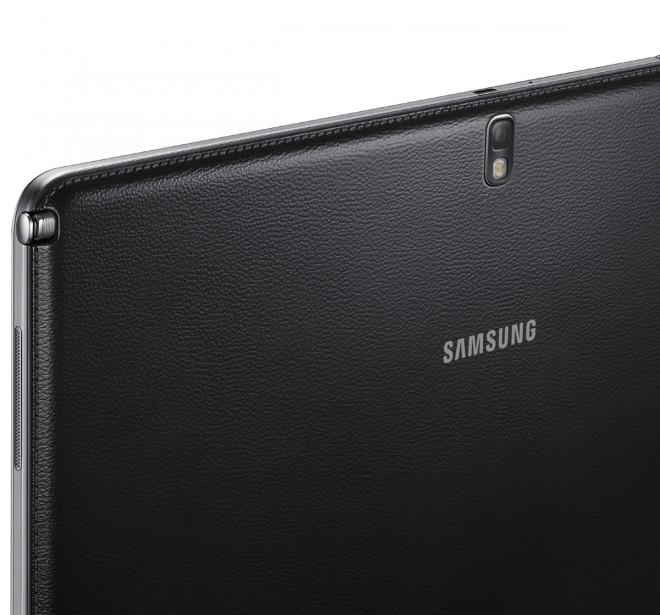 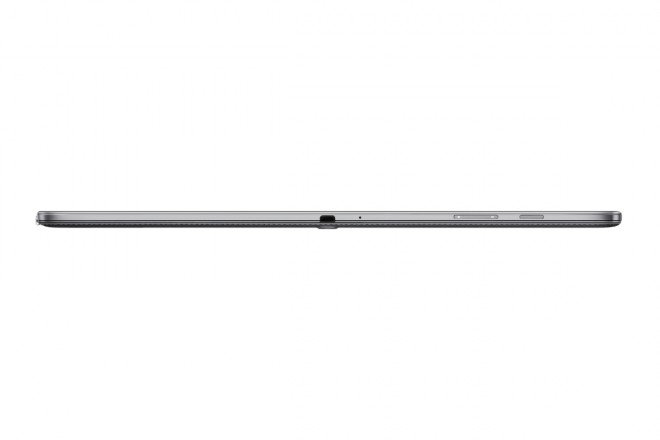