HP does it’s best to follow in the footsteps of Samsung, and now looks set to launch their first 12-inch Android 4.4 tablet with the name HP Pro Slate 12.

The processor is the 2.22GHz Qualcomm Snapdragon 800 with Adreno330 GPU. On the RAM side, there’s 2GB of RAM, while it has a 7MP rear camera with flash, and a 2MP front camera.

In addition to the obvious Wi-Fi and Bluetooth connectivity on board, additional mentioned sensors include accelerometer, barometer, compass, GPS, NFC, gyro, lightsensor, and pedometer.

With specs like these, this tablet won’t cut much into Samsung’s flagship tablets, such as the 12.2-inch high-resolution Samsung Galaxy Note PRO and Samsung Galaxy Tab PRO. 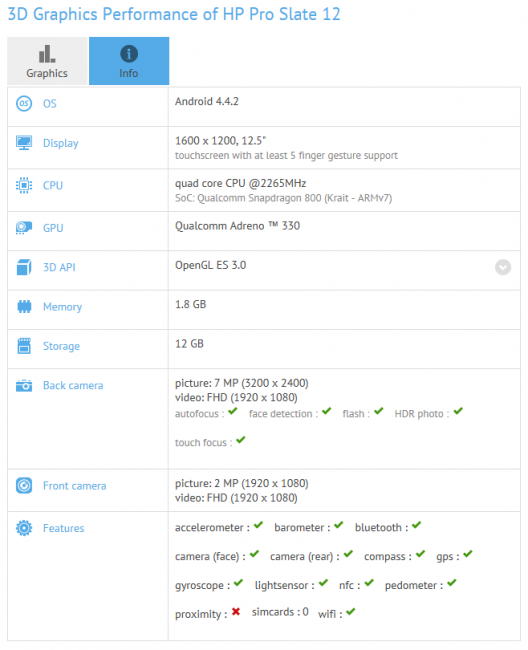