Both Samsung and Oppo have gained some attention for foldable tablet displays over the last 24 hours.

Samsung have showcased a display using a flexible AMOLED display, which actually rolls up. Although this won’t necessarily translate to tablet computers on a roll. Although you can get foldable keyboards on a roll.

Samsung have a few patents on flexible displays, and have been rumored to work on foldable tablets and smartphones for the last two years.

Popular Chinese mobile manufacturer Oppo meanwhile have demonstrated a 7-inch tablet with a foldable display that folds in the middle, the first publicly showcased prototype yet to demonstrate the use of a bendable display on a tablet.

No tablet brands have announced any actual plans to manufacture foldable tablets though, and there have been no leaks for specific models either.

The only tablet brand that have manufactured a foldable tablet so far has been Sony, with their Sony Tablet P, released in 2011, but as we can see from the image below, it was basically just a tablet with two separate screens. 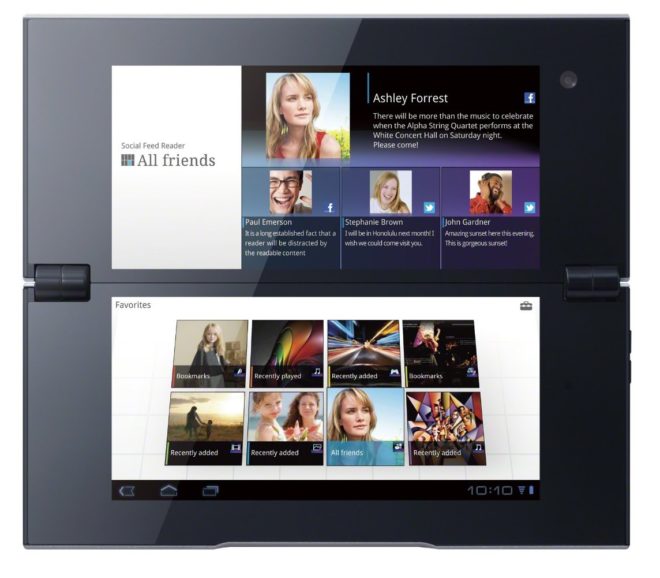