Prior iPad leaks have suggested that the next regular iPad will be launched during the fall this year with a higher resolution display.

Now MySmartPrice have added to the iPad leaks with some CAD illustrations that should provide us with an accurate idea of what the design will be like, since these CAD renders are used by tablet case manufacturers ahead of launch, so that they will have time to develop snug fitting tablet cases that fit just right.

The design changes on the front compared to the current iPad seem negligible, but the rear and side design appears to make the design more square on the sides, and the rear camera is brought up to the typical tablet design that’s used by a lot of tablet brands today. 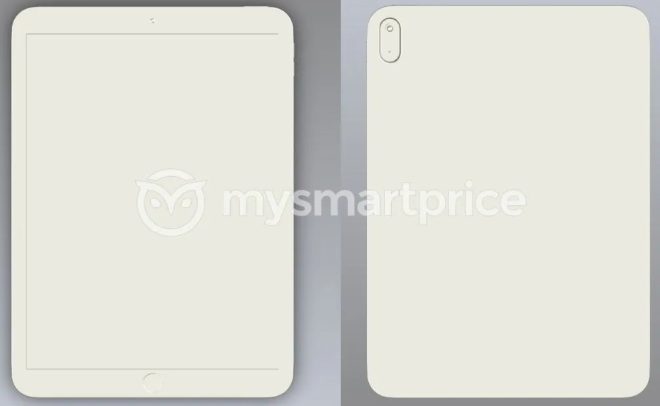 Based on the dimensions from the CAD files, the next 10th generation iPad will be 6.98mm thick, which is a slimming down.

We’re also seeing the rumored switch USB C over from Apple’s Lighting port. Most people will be fine with that, but the removal of a 3.5mm audio combo jack will not sit equally well with everybody though.

We still don’t know what the screen size of the new iPad will be, but the resolution has previously been said to match that of the iPad Air.