The marketing agency Havas Creative have announced an iPad app for people with tremor that is said to help mitigate the effect of shaking hands when using an iPad.

The app is called Staybl – as in stable, and what the app does is to use the accelerometer and gravity sensor to sense the level of shaking when holding an iPad, which is then calculated by the app and compensated for on the screen so that the content on the screen floats in countermoves to the shaking, thus making the content more steady to look at or buttons easier to hit with trembling fingers.

You could almost say a bit like an image stabilizer on a camera works to counter shake. 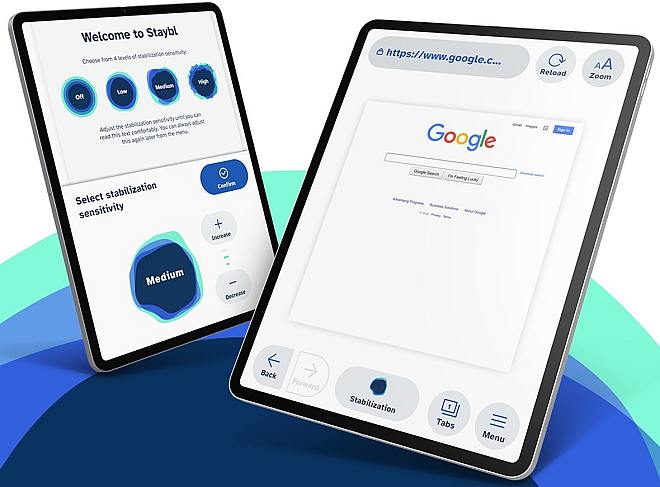 According to the statistics from Havas, 70% of people with Parkinson’s Disease suffer from tremors, so if this app can help people with tremor, that would be a good thing.

A person’s level of tremor can be adjust on the iPad in the Stayble app.

The anti-tremor app is free (https://apps.apple.com/app/staybl/id1610352658) and has been developed with the knowledge of people from the German Parkinson’s Association, so I guess there’s no harm in trying it.

So far the anti-tremor app has only been developed for iPads with a 120Hz refresh rate though.

Which means that it’s only compatible with the iPads in Apple’s iPad Pro line from June 2017 (2nd generation iPad Pro) and later, and currently not the iPad Air, iPad, or iPad mini.