Acer has a lot of 7-inch budget tablets, and with the upcoming Acer Iconia One (B1-770) they will launch another one with entry level specs along with a entry level price.

While the Acer Iconia One (B1-770) still haven’t been announced by Acer, it has been approved both by the FCC and this week approved by the Wi-Fi certification body too.

It was tested with Android 5.0.1, so we should not expect any older Android version than that at launch either. It was also shown to only have single-band 2.4 GHz 802.11 b/g/n Wi-Fi support, which is typical for these entry level tablets.

In the entry level 7-inch tablet category of Android tablets, the Asus ZenPad C 7.0 and Lenovo Tab 2 A7-30 at $99 and $79 respectively, will be much better choices.

For more images and a peak inside of this tablet from Acer, see our first Acer Iconia One (B1-770) leaks from June. 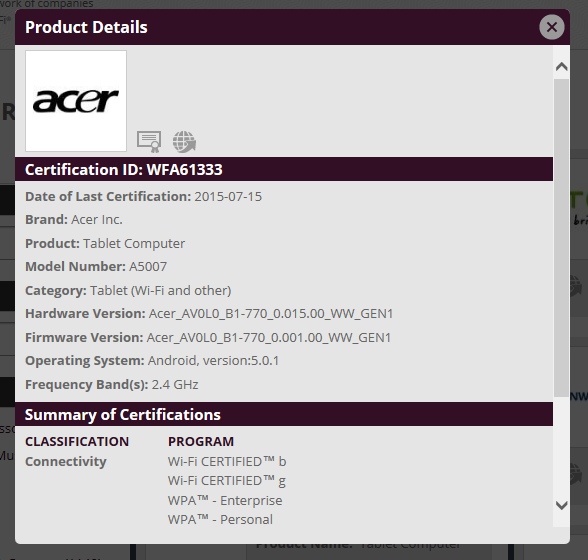 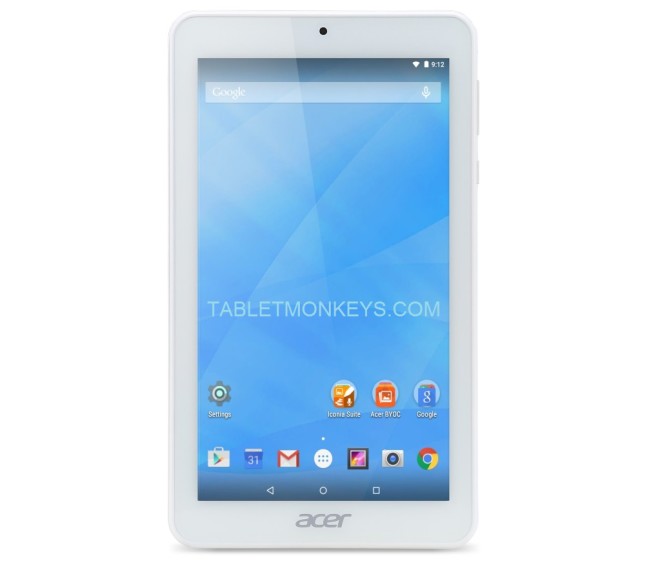