Acer will unveil some new Acer tablets on April 21 in New York, and one of them is the new Intel Core powered Acer Aspire Switch Alpha 12 (SA5-271) Windows 10 tablet. It will be released in Europe in May, and the US in June, starting at $699 for the cheapest version of it, while the price will go up to $999 for the top model.

Acer Aspire Switch Alpha 12 is a 12-inch (64-bit) Windows 10 Home tablet (no Windows 10 Pro option, though you can buy it yourself later) with built-in kickstand and a Microsoft Surface like keyboard, that also has active digitizer support, and even has a little flip on the left side of the keyboard to attach the optional Acer Active Pen to. The 12-inch screen has a display resolution of 2160 x 1440. 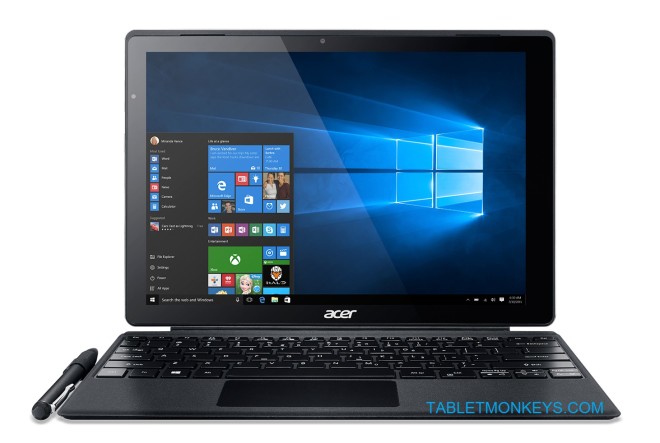 Acer Aspire Switch Alpha 12 is powered by a choice of the latest 6th generation Intel Core Skylake processors, and will as such come in hardware combinations like an Intel Core i7 (6500U) or i5 (6200U) processor both with HD Graphics 520 GPU, as well as 8GB of LDDDR3 RAM, and 128GB, 256GB, or 512GB of storage.

The built-in kickstand looks just like on some of the latest HP tablets, I mean you can easily mistake this tablet for the HP Elite x2 (1012).

Design wise the Acer Alpha 12 has brushed anodized aluminum on the outside, and thermal liquid cooling for the hardware on the inside. The battery capacity is 4870 mAh, which Acer thinks will last for 8 hours. 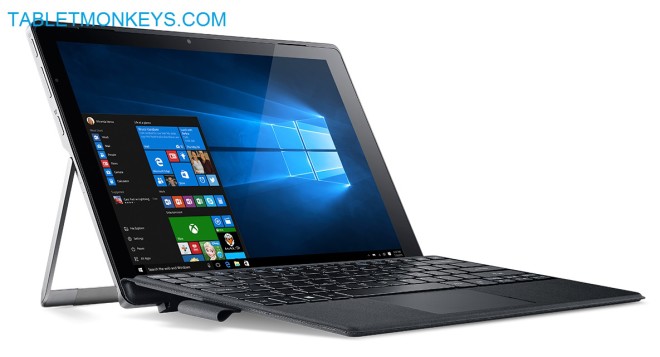 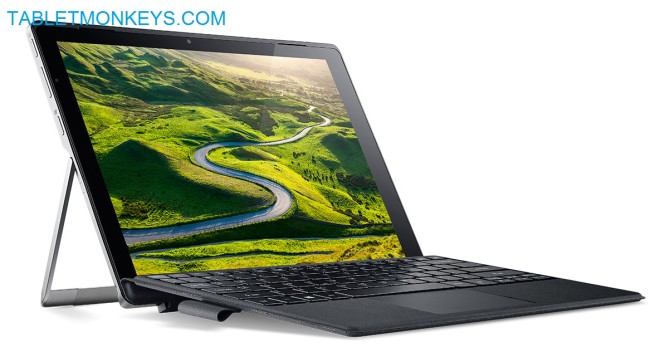 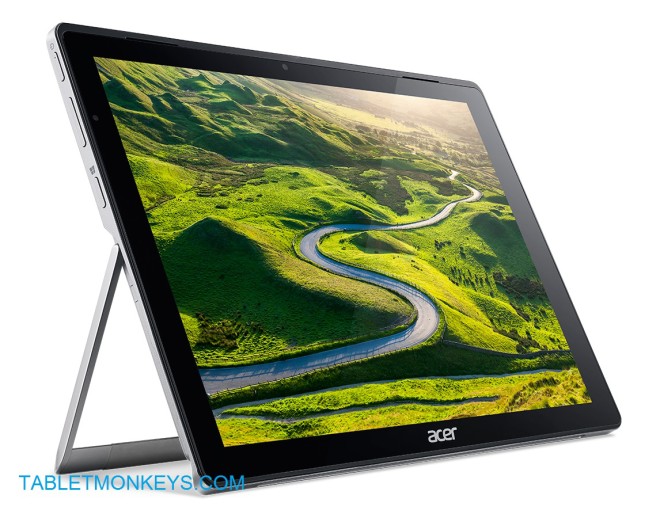 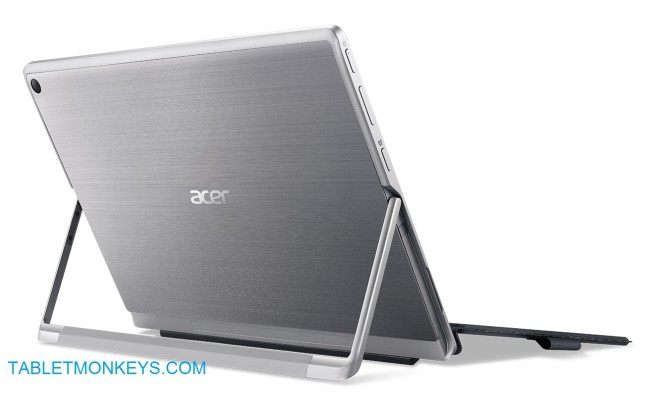 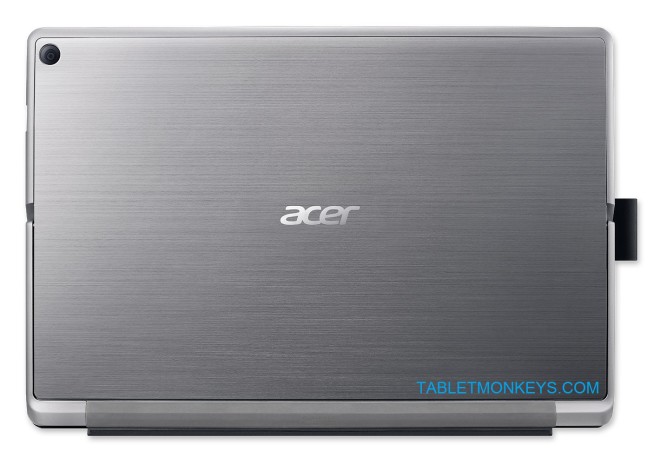 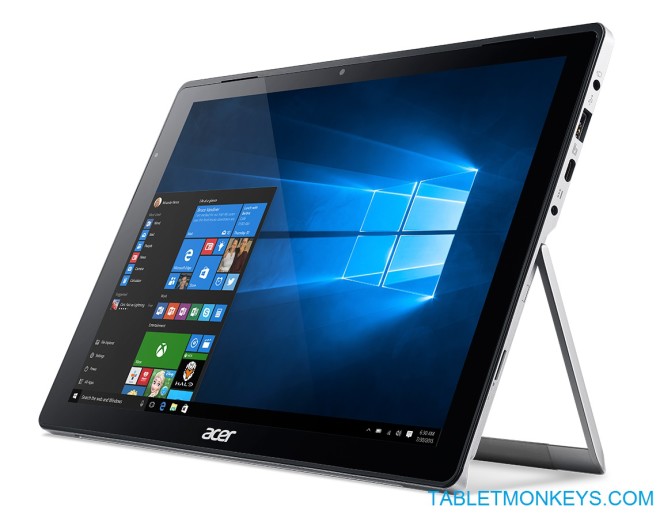 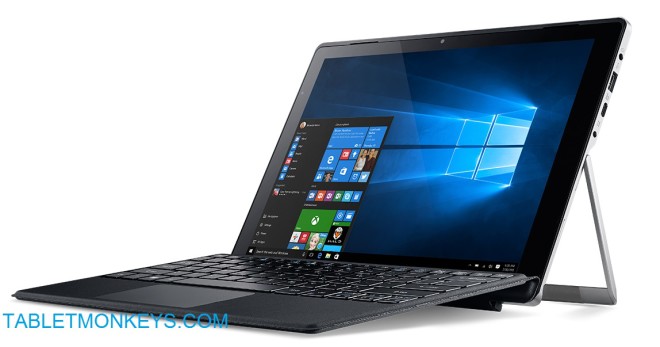 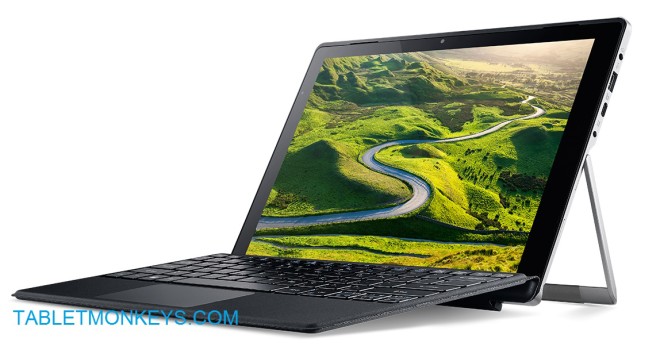 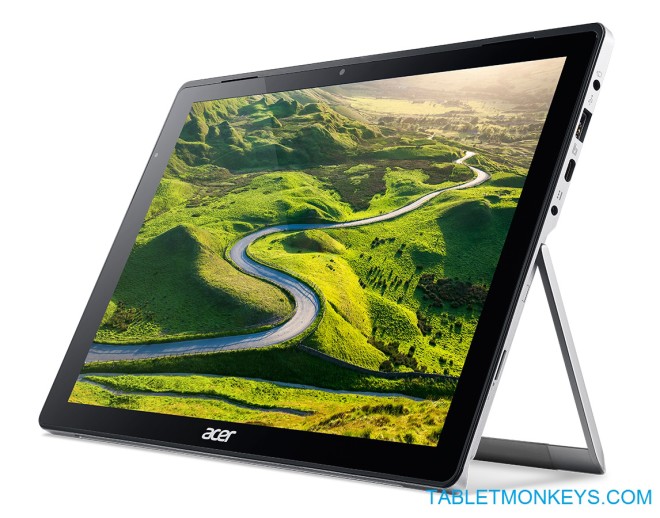 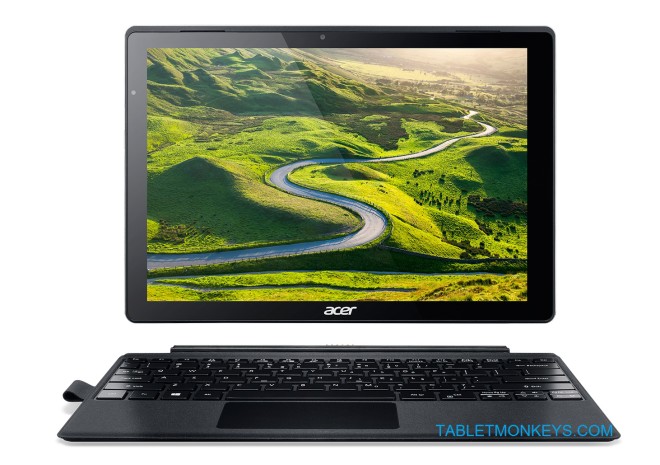 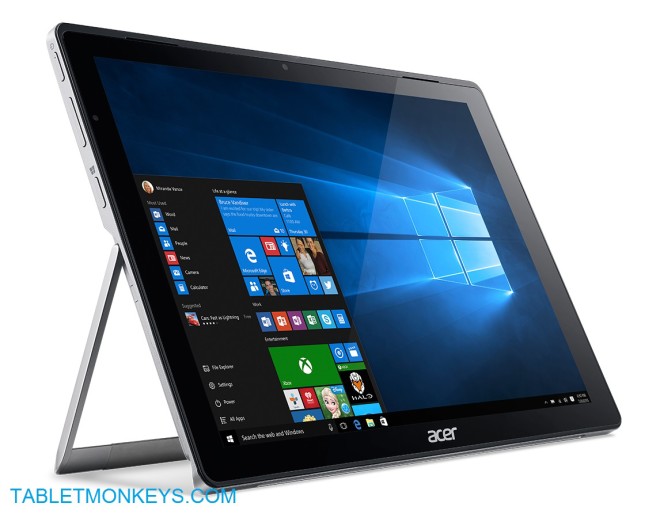