Microsoft just announced that starting today we can access our personal mp3 files from OneDrive on all our Windows tablet, phones, and PC’s through the Xbox Music app.

It’s simple too it seams, as all we have to do is to upload the music files to the “Music” folder on OneDrive, and all the music will then be available on all Windows 8.1 devices as well as on Xbox 360 and Xbox One, or through the web if you want to run it from another device.

Those who have the Xbox Music Pass

get 100GB additional cloud storage for free for this purpose even. 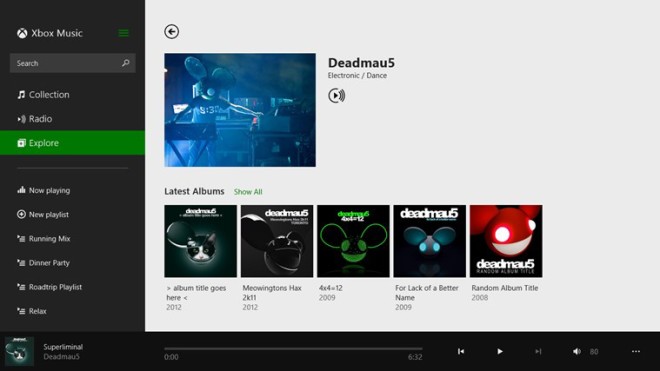 Microsoft also says that they are working on fixing the issue where Windows Phone users who have never used Xbox Live service before will have to sign up for a Xbox Live account to get the music from OneDrive to show up in the Xbox Music app. I guess it’s a question of how much they’ve used their phones for gaming before, since Xbox apps comes pre-installed on Windows phones.

We are seeing Microsoft getting a better handle on their ecosystem with more convenient features added for users all the time. Microsoft also announced a little while ago that it will become possible to play Xbox games on Windows 10 tablets and computers. Windows 10 will be released this summer, with free upgrades for everyone with a Windows 7 or Windows 8 device.

Read more about the OneDrive file procedure from the official announcement.