He said that the new Lenovo Yoga Book 2 Pro will be released in the holiday shopping season before Xmas this year.

I don’t know if the preview Yoga Book 2 Pro he was giving the audience a glimpse of at Intel’s press show at COMPUTEX 2018 in Taiwan, was a fully developed device or just a prototype. Either way he was not in the position to specify the specs at this point. 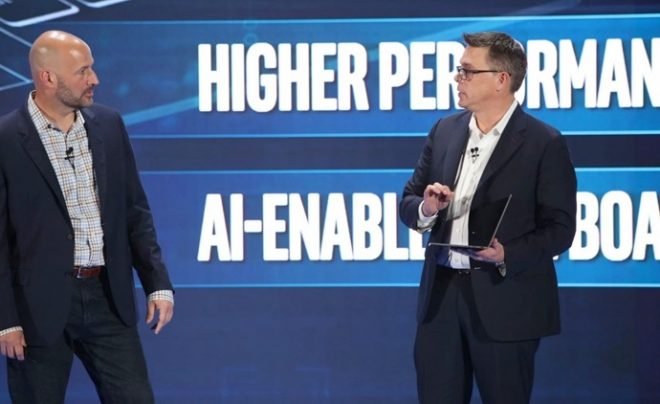 But he did announce the general direction and how this new Yoga Book have been improved upon. And I was happy to hear him say that Lenovo had listened to the users of the first generation Yoga Book and taken in their feedback, by improving upon the precision of the keyboard and pen, just like I had complained about too.

So the Lenovo Yoga Book 2 Pro will feature a new and much more glossy display and HALO keyboard surface as well, as opposed to the matte keyboard now, with enhanced features both on the keyboard and on the display that will increase its multitasking capabilities.

And while Jeff was not at liberty to reveal the specs of the processor, he said that the new Lenovo Yoga Book 2 Pro will have much higher performance. If we interpret that literally, that should mean more than even Intel Celeron or Pentium, so we’ll see if there’s a Intel Core processor there at the end of the year.

And finally he said that the new Lenovo Yoga Book 2 Pro would continue to be thin and light, and from a related announcement, it was also specified as being AI-ready.

So it looks like we should be able to expect both Windows and Android versions for the 2018-2019 model year too, just like on the predecessor. 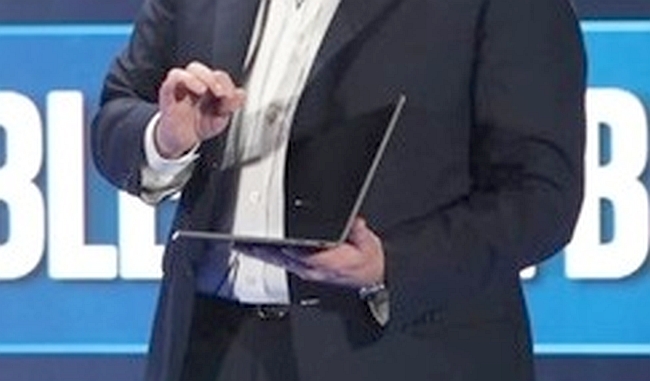